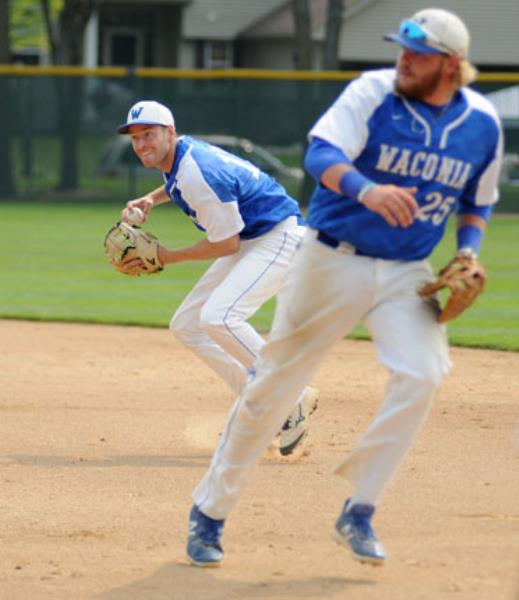 The names are familiar but they jostled for position in this week's rankings. Ultimately, Waconia won out the top spot by gaining first-place votes from three of the four pollsters. St. Patrick impressed our experts to take the No. 2 ranking this week.

Then we had ties all over the place. At No. 5 Jordan and its pedigree for success held the spot along with Delano and its fast start. Later on, we saw Sobieski back in the top 10 at No. 7, along with Hutchinson. Then at No. 10 we found Buffalo and Fairmont hanging on while Union Hill joined in on the fun.

1. Waconia Lakers — The Lakers went into the weekend with a 14-1 record and sit atop the Crow River Valley League. Their lone loss is 9-8 to Chaska.

2. St. Patrick Irish — The Irish are 12-3 in the Dakota-Rice-Scott League and look like a final weekend contender again in Class C.

3. Sobieski Skis — Remember these guys? They are back in Class C and playing really well in the Victory League with a 9-0 record. They have lost 10-7 to the Bemidji Blue Ox in an exhibition game.

4. Sartell Muskies — The Muskies are 14-0 and perennial favorites in the Sauk Valley League.

8. Cold Spring Rockies — Among their highlights is having beaten Watkins twice in Central Valley League play.

9. St. Martin Martins — St. Martin is off to an 8-0 start in the Stearns County League.

10. (tie) New Ulm Brewers and Springfield Tigers — Both teams are undefeated so far in the Tomahawk League East.

1. St. Patrick Irish — Winners of six in a row, the team to beat in the DRS

3. Fairmont Martins — Haven't seen many results on the Martins, saw they had a couple losses.

4. Jordan Brewers — After winning their first five games, 4-4 in their last eight.

5. Young America Cardinals — 5-3 in the Crow, should be in the top five all year.

6. Buckman Billygoats — 6-0 in the Victory, always a big fan of the Billygoats.

7 Cold Spring Rockies — Off to a good start including a win against the Moorhead Brewers.

8. Sartell Muskies — Another team I haven’t seen many results on, so they come in at No. 8 on my list.

9. Hutchinson Huskies — Have won seven in a row including a win against Jordan.

10 Union Hill Bulldogs — Bulldogs are one of the Top teams in the DRS averaging nine runs a game.