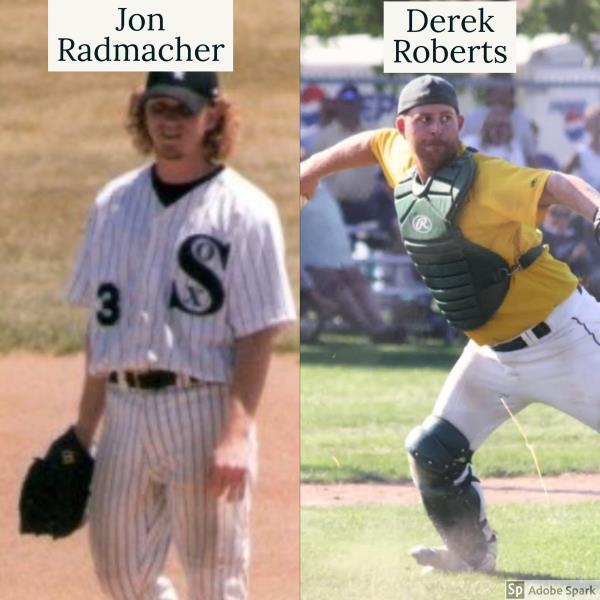 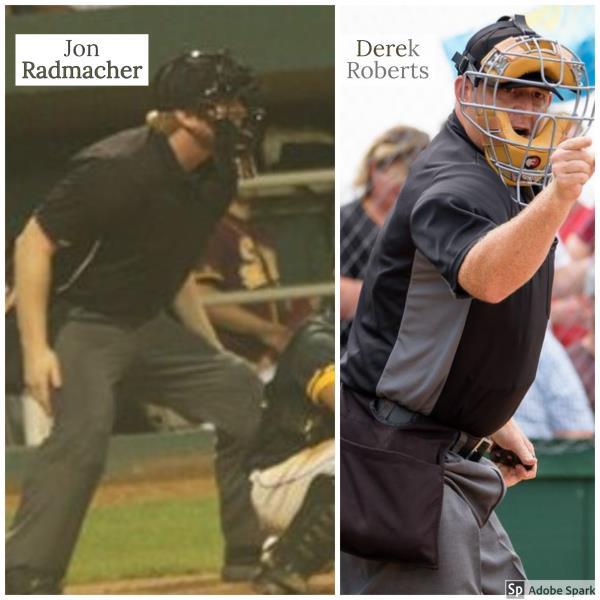 Former Amateur Ballplayers Stay in the Game as Umpires
Posted on Feb 18, 2020

Countless days and nights at the ballpark provide amateur ball players with many experiences. For several, they gain a great understanding of the game’s inner workings. Some use this knowledge and become coaches, managers, or take on other roles in the game beyond the foul lines. Others find another opportunity. In an age when there are shortages for sports officials at all levels, they realize their knowledge of the game has made them great candidates to become umpires.

Larry Gallagher has helped recruit and train umpires during his legendary baseball career. He contends former players have a distinct advantage learning the craft of umpiring. “I believe it is much easier to do than it is for someone that just likes the game or played only until they finished high school,” he noted. “The umpire that does not have the experience as a player may take much longer to learn the nuances of the game. With the shortage of umpires, we need as many tough-minded players to become umpires or we will not have good umpiring in the future.”

MBA Board Member, Joe Kreger, helps select umpires for the Class B and C State Tournaments. He’s had success as an amateur player, manager, umpire, and touts umpiring as a great job for former players seeking to stay involved with baseball. “They are good prospects to umpire because of their understanding of the game and how it flows,” he stated.

There are plenty of former players who have leveraged their experiences and found enjoyment and success as umpires. Two such illustrations are Jon Radmacher and Derek Roberts. Kreger confirms, “These guys are two excellent examples of former amateur players who are now umpiring. Both have done very well and are respected by the coaches at all levels.”

Jon grew up in Rosemount, MN and was part of a baseball family, with he and his two younger brothers playing the game. After high school baseball, he joined his brothers and played for the Rosemount Blacksox, an amateur team which has unfortunately since folded. “Playing with my brothers and some of my best friends was the highlight of each summer. There are so many memories that baseball has created in my life, and many of them are on the amateur baseball diamond,” Jon recalled.

Jon’s playing days came to an end in 2010, and he was looking to earn extra money. “I remember a coach telling me, when I umpired youth games for my dad, that I was really good at umpiring. I figured I could give umpiring a shot. I loved baseball, thought I understood the game well, I caught thousands of baseballs from my brothers (who could throw pretty hard), so I thought I would be able to handle just about anything.”

Jon decided to go all-in on his desire to umpire. He went to professional umpire school in early 2011. It was five intense weeks where he received training from top umpires and trainers, and for top students, it could lead to a job in Minor League Baseball and eventually Major League Baseball. Unfortunately for Jon, he didn’t end up on that path, but did set himself up for success, “Umpire school was a huge turning point for me. Within the first week there, I realized I knew nothing about umpiring. Those five weeks were the best decision I ever made. It didn’t lead to professional umpiring, but it did provide me with the tools I needed to come back to Minnesota and work any assignment I was given.”

Upon his return from umpire school, Jon explored various umpire associations and latched on with a local group. His first season with the umpire association had him working 14U, high school varsity, and amateur games, “The Assignor stuck me wherever there was an opening, and I had a blast.”

But there was early apprehension too, “I didn’t want anybody to think I ruined their game!” Jon worked with other umpires who guided him, including the aforementioned Larry Gallagher, “He was always a sounding board and advocate for me early on. I generally bounced ideas and questions off anybody I could. I worked with many veteran umpires and most were eager and happy to give advice.”

Eventually, Jon attended additional umpire training clinics and gained more experiences working higher level amateur games, high school state tournaments, and spent a few seasons working college baseball. He feels his amateur baseball playing experience has helped him as an umpire, “I think having played allows me to understand the flow of the game. As an umpire it is so important to be in-tune with what is happening during a game.”

Even with plenty of experience as a player, plus additional experience and training as an umpire, Jon still feels pressure, “I get nervous hours before some games. I truly want to do a good job for the players on the field.”

He touts additional benefits of umpiring, “I like the money. I enjoy staying active in the summer, competing against myself to always be better, and I enjoy being able to keep the game alive! There are not a lot of young guys that do this, and I feel a bit of an obligation to umpire”.

Derek grew up in Gaylord, MN and has an early recollection of tagging along with his uncle to watch an amateur game in Stark, MN. After that experience, whenever he heard the national anthem being played in Gaylord at Titloe Field (since renamed Walsh Field), he’d hop on his bike to see his hometown Gaylord Islanders in action. He soon started working the scoreboard and then was promoted to an Islanders Bat Boy for a few years.

Derek signed and played with the Islanders during high school, but after graduation he moved on to play with the Green Isle Irish. There, he and the Irish found great success, with many Crow River League championships and state tournament berths, including a semifinal appearance in 1994, runner-up in 1999, and a State Class C Championship in 2003. By 2009 he was feeling nagging injuries and playing time began to squander, and after 2011 he retired from the Irish.

Derek reminisced, “Getting a chance to play baseball in Green Isle was the best way to spend my summers. I loved baseball and couldn’t understand what other people did during their summers. We had so many great battles with the teams in the Crow River Valley League:  Plato, New Germany, Young America, Hamburg, etc. So many beautiful ballparks. There is nothing better than playing a Friday night in Young America.”

With playing days over, Derek considered umpiring to stay connected to baseball. Umpiring wasn’t a foreign concept, as he had umpired 7th and 8th grade baseball for Sibley East while he was in college. Additionally, he had umpired high school games for his Green Isle Manager, Joe Kreger, who at the time ran an umpiring association. “I did that for a few years before having to take a break. Dealing with coaches and fans were a struggle at times. Eventually it wasn’t fun anymore,” Derek recalled.

But his connection to a longtime favorite umpire and someone Derek had grown to respect, Shawn Vellek, was the key to getting Derek back as an umpire. Shawn successfully encouraged him to try it again. Derek was soon working games for a local association with established, veteran umpires, “Working with those veteran guys showed me proper mechanics and most importantly, how to manage people.” He’s since attended multiple umpiring clinics across the country to further his skillset. He’s found considerable success having worked multiple MBA Class A, B, and C Championship games, NCAA DIII & II Conference Tournaments, and NCAA DIII & II Regional Tournaments. Working MBA Tournaments and Championships holds a special place for him, “This was a big goal of mine after playing in so many MBA state tournaments.”

For any former amateur ballplayers thinking of becoming an umpire, let Jon and Derek serve as examples of how it can be done.