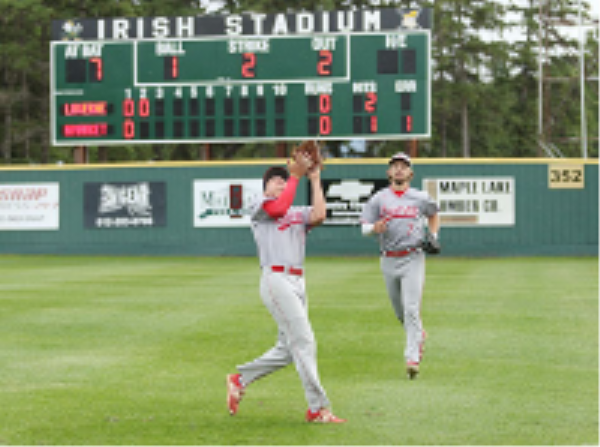 Maybe our ranking gurus are as locked in as the teams trying to make a postseason push because they didn’t waver much on where everyone stands in the top 10 in the latest poll.

Four the fourth consecutive time, Watertown maintained its spot at No. 1, garnering just as many posts as the previous poll. Delano remained steadfast at No. 2 and the New Ulm Brewers have the No. 3 slot locked down.

St. Patrick stayed at No. 4, as did Waterville at No. 5. Luverne grabbed a little more attention to rise to No. 6 after sitting at No. 7 in the previous poll. That knocked Jordan down to No. 7 though and Waconia slotted down a spot to No. 8.

Hutchinson, behind a 20-plus game winning streak, stayed at No. 9 but Isanti and Sauk Centre shared the No. 10 spot. The Titans climbed into the poll for the first time.

1. Watertown Red Devils — No. 1 seed in the Region 7C Tournament after winning the CRVL North title. Have had an incredible season and are looking to cap it off with a third-straight state tournament appearance after finishing as runner-up last year.

2. Delano A’s — No. 1 seed in Region 12C Tournament after winning the North Star League regular season title. The A’s are as good as anyone and are in their prime. I look forward to seeing them make a nice run at the region tournament and get back to the state tournament with a chip on their shoulder.

3. St. Patrick Irish — Business as usual for the top team in Region 3C. Look for them to not only make it to state but make some more noise once again as a team that will be tough to beat.

4. Jordan Brewers — All they do is continue to impress. Recently picked up a win over Waconia. Have scored 10 or more runs in four-straight games. Clicking at the right time.

5. Hutchinson Huskies — One of the most overlooked teams in Class C but starting to garner attention. On an insane run as they’ve won 23 games in a row, 16 of which have come by 10 or more runs. No. 2 seed in Region 12C and a legitimate state title contender as they’re the hottest team in the state.

6. Waconia Lakers — With how well everyone else has been playing, the Waconia Lakers are still flying under the radar a bit with the attention they’re getting. That’s fine with them as they enter the Region 7C Tournament as the No. 3 seed and are poised to make some noise once again.

7. Isanti Redbirds — They were my sleeper a year ago in the state tournament and ended up losing to eventual champion Sobieski. The Redbirds are a good team once again and will be one to watch come the postseason.

8. Waterville Indians — Really like this team and what they can do. Good combination of hitting, defense and pitching. One of my teams I think will surprise a lot of people this year.

9. Luverne Redbirds — Honestly don’t know a lot about them but they continue to win against solid teams. Might be a team to take seriously going forward.

10. New Ulm Brewers — Top team in Tomahawk East League and Region 2C. Have had a great season and should be able to capitalize on it with a state tournament appearance.

2. New Ulm Brewers — 27-3, won the tomahawk and play a tough non-league schedule, lots of pitching and can outslug you.

3. Delano Athletics — Won the North Star and will have to play defending Region 12 champ Loretto to open region play.

4, Luverne Redbirds — They keep rolling, allowed only one run in four playoff games, play a good Fairmont team in a best-of-three series to qualify for state.

5. St, Patrick Irish — Won 19 in a row, outscored opponents 247-58, lots of experience and top team in Region 3, open with Veseli, who is managed by longtime Irish pitching great — Bill Dunker.

7. Jordan Brewers — Top team in the River Valley, veteran team and potential region championship with Waterville in Region 6. Indians beat the Brewers at the Mini Met a few weeks ago.

8. Hutchinson Huskies — They have won 22 straight and might be the best team in Region 12, a lot of good teams in their league/region.

9. Elrosa Saints — Top team in Stearns County, tough region get through with Watkins and Luxemburg in it from the Central Valley.

1. Delano A's — They have the top seed in Region 12C and open with Loretto.

6. Raymond Rockets — Raymond edged Bird Island to earn the top seed out of the Corn Belt League in Region 4C.

7. Elrosa Saints — Elrosa is the top seed in Region 15C out of the Stearns County League North Division.

8. Isanti Redbirds — Isanti got the second seed in Region 1C and that's because the Redbirds lost to a fine Princeton team during the regular season. Princeton's the top seed in 1C.

9. St. Patrick Irish — Whoever comes out of Region 3C will be tough and St. Patrick has the top seed.

10. Avon Lakers — A team to watch out of the Victory League and Region 8C after winning the Victory South/West playoff title.

1. St. Patrick Irish — A team that will most likely end up in Class B next year, has won 19 straight in league play, DRS regular season champs at 20-2, and top seed in Region 3C.

2. Watertown Red Devils — Last year’s state runner-up, finished 16-2 in the Crow and are the top seed in Region 7.

3. New Ulm Brewers — Perfect 16-0 in the Tomahawk East and the top seed in the Region 2 tournament.

5. Waterville Indians — Winners of the 13/60 League, looks like they have not loss since mid-June.

6. Waconia Lakers — Third seed in one of the toughest regions in the state, Region 7.

7. Luverne Redbirds — Rolling through the Region 13 postseason so far.

9. Jordan Brewers — 27 wins on the season and big time favorites to win their region, again.

10. Nisswa Lightning — Winners of the North East Division playoffs, and one of the top teams in the Victory League.