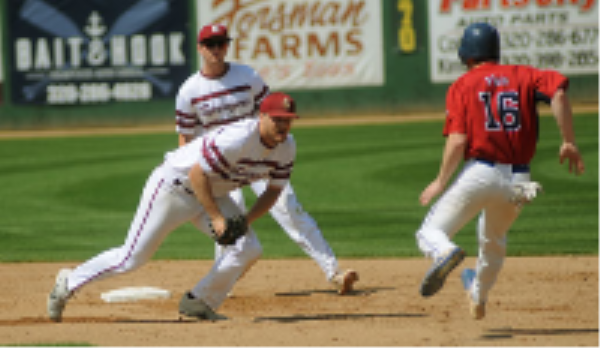 Class B rankings: Resurgent teams climb up the rankings
Posted on Jul 20, 2022

Whoever picks the winner of the Class B state title this year might want to buy a lottery ticket.

The Class B field has seen an abundance of parity this year as Chanhassen’s dominance has waned and some veteran squads start to heat up. But for now, we can worry about the rankings.

Rochester remained at No. 1 for the second straight time even though it’s starting to look like anyone in Section 1 can beat anyone. Should be an awesome postseason once again.

The resurgent Cold Spring Springers have strung together some impressive wins recently to rise to the No. 2 spot, claiming the spot Chanhassen held in the last poll.

Chaska edged out the Red Birds for the No. 5 spot despite hitting a recent lull. The Red Birds had a rough weekend at their own mini tournament to drop to the No. 6 spot.

Champlin Park stayed at No. 7 and New Market climbed a slot to No. 8. Then we welcomed an old friend, the Dundas Dukes, back to the top 10 at No. 9. The Dukes aren’t too far removed from a runner-up finish at the 2019 state tournament.

The Moorhead Brewers and Young America Cardinals took the final spot in the top 10.

1. Rochester Royals — An impressive 21-5 record and sitting atop the Section 1B standings.

2. Blaine Fusion — A 22-5 record has the Fusion leading Section 4B. Everyone will be watching them closely come playoffs.

3. Cold Spring Springers — The Springers are 17-4 coming off of weekend victories over Chanhassen and Eagan. 2021 may still be fresh in their minds...

4. Chaska Cubs — The Cubs are 21-7 including a regular season sweep of Chanhassen.

5. Champlin Park LoGators — The LoGators are 21-10. I fully expect to see them challenging for a spot on Labor Day again this year.

6. Chanhassen Red Birds — The Red Birds are 15-8. It feels almost disrespectful to rank them at No. 6, but come August they'll remain heavy favorites.

7. New Market Muskies — The Muskies are 16-8 after a walk-off win against Miesville on Sunday.

8. Miesville Mudhens — Miesville owns a 16-8 record and is positioned toward the top of Section 1B, as usual. Bottom line, the Hens know how to win when it counts.

9. Dundas Dukes — Sporting a 20-9 record the Dukes have won 10-plus in a row. Section matchups against Elko and Northfield this week will determine their playoff seeding.

10.Sobieski Skis — The Skis have an impressive 13-3 record but are 0-2 against Class B competition. Playoff games will be an opportunity to prove themselves.

1. Rochester Royals (21-5) — Royals are 4-2 out of the break, including a playoff-like, one-run loss to Miesville at Jack Ruhr. With that loss, they fall into a tie with Miesville in the section, but control their own destiny with games remaining vs. Hampton, New Market, and a re-match with the Hens.

2. Cold Spring Springers (17-4) — A statement, 7-0 victory for Cold Spring over Chanhassen at their park vaults them up my rankings for this week. They are 5-1 out of the break and would probably be No. 1 for me if not for a one-run loss to Moorhead last week.

3. Miesville Mudhens (16-8) — Big win over Rochester, but losses to Hitdawg and New Market keep them at No. 3 in the poll. The lineup is solid, but their title hopes really rest on what they will get — and who they will have — from their pitching staff come mid-August.

4. Chaska Cubs (21-7) — Two “meh” losses to Eagan and Victoria over the weekend drop them from the top spot. Chaska still holds a commanding three-game lead over Young America for the top spot in the section and barring a collapse, should finish the season in that spot.

5. Blaine Fusion (22-5) — Blaine snapped out of it after the break, rattling off six straight wins, including big ones over Champlin Park and No. 1 Watertown. They are in the driver's seat for the No. 1 seed and Metro Minny title with five games to go.

6. Chanhassen Red Birds (15-8) — A disappointing week for the Redbirds as they dropped three straight to Chaska, Moorhead and Cold Spring, getting shutout against the two latter squads. The pitching staff has been good, but with only two regulars hitting above .270 (Arnold, Waisanen), they’re going to have to find a way to get the offense going.

7. New Market Muskies (16-7) — Sputtering in and around the break, New Market picks up two big section wins over Northfield and Miesville to bring 1B into an even bigger logjam than it was to begin with. Northfield and Rochester remain on the docket.

8. Dundas Dukes (20-9) — The Dukes are hot! Ten straight wins including big ones over Minnetonka, Rochester, and Lyon’s Pub.

9. Champlin Park LoGators (21-10) — Stumbled out of the break thus far, going 4-4 with a 1-3 league mark in that timeframe. No. 2 Seed in Section 4 is still in play with three league games remaining.

10. Moorhead Brewers (9-6) — Big win over Chanhassen over the weekend was dampened by a section loss to Hamel on get-away day on Sunday.

1. Rochester Royals — Battling with Miesville for the top spot in Section 1B, the Royals got back on track with a 10-0 victory over Elko after a tight loss to the Mudhens. The Royals will host both Northfield and Miesville this weekend to sort it out.

2. Chaska Cubs — The Cubs fell to Victoria on Lenzen Night at home putting an end to their four-game Section 3B win streak but remain the leader in the standings. This week they host Excelsior before a Friday trip to Young America.

3. Blaine Fusion — The Fusion have not lost in July, rattling off six straight after a loss to Anoka.  This week they have road games at Forest Lake and St. Michael, and will look to keep their slim lead in the Section 4B standings.

4. Cold Spring Springers — The Springers have won three straight after consecutive losses to the Moorhead Brewers and Buffalo as the offense has come around. They will host Sobieski and the Moorhead Mudcats this weekend.

5. Miesville Mudhens — Mudhens lost to New Market on Sunday to fall a game back of Rochester in Section 1B. They will travel to Rochester on Saturday looking to cut into the lead before hosting Hampton on Sunday.

6. Chanhassen Red Birds — The Red Birds dropped home games to the Moorhead Brewers and Cold Spring this weekend without scoring a run. Busy week for them as they host Section 3B opponents Excelsior, Shakopee, and Victoria to try and get their bats going. The long week concludes with a road trip to Young America, which will be important in figuring out where they stack up in Section 3B.

7. Champlin Park LoGators — 20-plus wins on the year again for the LoGators. They sit a half game back along with Coon Rapids behind Blaine in Section 4B.  They get St. Michael at home on Wednesday before a big matchup on the road at Anoka on Sunday.

8. Dundas Dukes — Biggest movers for my rankings are the red-hot bats of the Dukes. Since a three-game section skid in mid June they have put up big offensive numbers with wins over Rochester, Minnetonka, Forest Lake, Lyon's Pub and Waconia. On the road this week at Northfield and Elko as they try to climb the Section 1B standings.

9. Moorhead Brewers — Brewers have been up and down all year playing a reduced schedule compared to past seasons. They grabbed a couple wins in Chanhassen last weekend over the host Red Birds and Bandits of Eagan including the coveted "on-the-field-games-after-the-games" Games.  A loss to Hamel on Sunday was their first defeat in Section 2B.

10. (tie) Sobieski Skis and New Market Muskies — The Skis completed their Victory League schedule with a record of 13-1 and will now head to Section 2B play this weekend in Cold Spring with games against the Springers, Brewers and Mudcats. New Market has bounced back from losses to Section 1B leaders Rochester and Miesville earlier this month with home wins over Northfield and Miesville. They will be on the road to Northfield on Friday and finish out their section schedule hosting Rochester on Sunday.

Class B rankings (As of July 20)(Pts)(Previous)