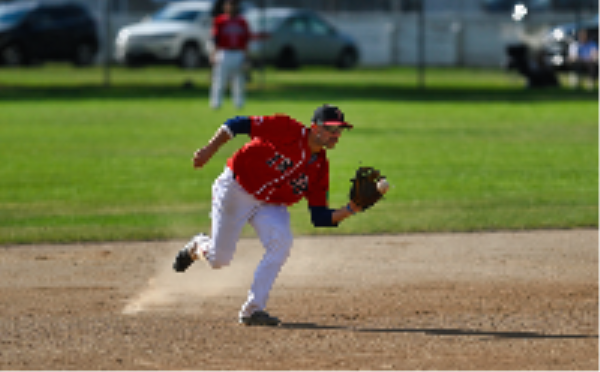 Class A rankings: Stockmen's among risers in latest poll
Posted on Jul 20, 2022

Our latest round of rankings saw things stabilize a little bit after a brief revolving door at the No. 1 spot. Though things seem to settle down, there are a few curveballs.

The Minneapolis Cobras held down the No. 1 spot for the second time in a row but Air Freight Unlimited rose to the No. 2 slot, pushing Minnetonka down to No. 3.

Stockmen’s Irish climbed a spot to No. 4 while Baseball 365 stayed at No. 5 after appearing on the list of three pollsters. Makes you wonder where it might have wound up.

The St. Paul Hops hopped up two spots to No. 6 while St. Louis Park stayed at No. 7.

Lyon’s Pub saw the biggest drop, going from No. 4 to No. 8 but the Warriors remain a tough out.

The St. Paul Mudhens enter the top 10 for the first time at the No. 9 spot while the Minneapolis MudCats also entered the fray at No. 10, a spot they share with Highland Park.

2. Minneapolis Cobras — Also a bit of a Fourth of July hangover, but they still are a top team to beat. Been there, done that attitude and potentially getting Schmahl back for state could be huge.  Also, their 17-man bullpen sets them up nicely for a deep run.

3. Air Freight Unlimited — Don’t let the St. Thomas pedigree fool you. These guys are like construction workers in the 80s.  When it’s time to do some baseball work they hop in the T-top Camaro and blast some Bon Jovi. Couple cups of coffee, rip some cigs, show up at the site and get the job done.

5. St. Paul Hops — Been a fan all year. Jordan Ammons, aka-Aaron Judge Jr., looks like he has been having a big year. But they have quite a few other guys that seem to have been making an impact.

6. Minneapolis MudCats — The Cats got some of their college summer league kittens back and have been purring ever since.  Looking to … ahem … roar … at state.

7. Lyon’s Pub Warriors — Some close losses against some tough league opponents to open the second half, but they are too talented and have too many veterans to not be considered a threat.

8. St. Louis Park Pirates — Quietly getting hot. Won six straight. Just a low key year for them to this point.  Probably deserve to be ranked higher.

9. St. Paul Mudhens — Much like the Cats, the Hens seem to be making a second-half run.

10. (Tie) Highland Park Beavers/St. Anthony Hogs — I may be waaaay off here, but I think they’re similar styles in different leagues. They’re not one-trick ponies, they’ll both find multiple ways to win. That can make for a dangerous opponent.

Class A rankings (As of July 20)(Pts)(Previous)