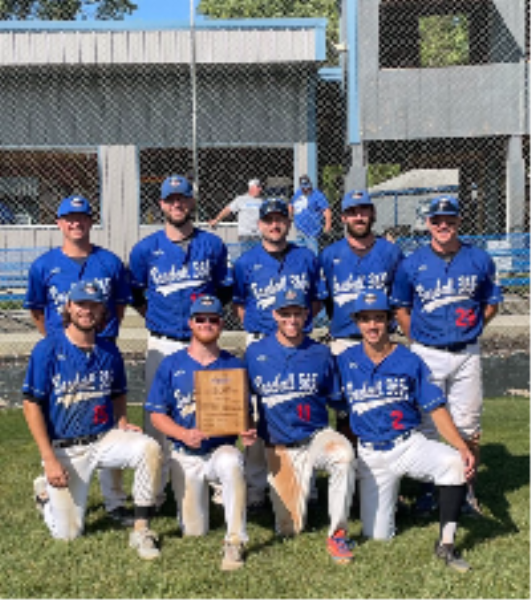 For the second consecutive time, there’s a new No. 1 in Class A. This time the Minneapolis Cobras ascended to the throne after a big win over previous No. 1 Minnetonka.

The Millers didn’t go too far — they move down a spot to No. 2 while Air Freight Unlimited climbed a spot to take No. 3.

Lyon’s Pub dropped two spots to claim the No. 4 ranking and Baseball 365 moved from No. 9 to No. 5, which it shares with Stockmen’s Irish, which rose two spots.

St. Louis Park remained at No. 7 and the St. Paul Hops hopped down to No. 8. Highland Park plummeted to No. 9 and St. Anthony continued to hold down the No. 10 spot.

1. Minneapolis Cobras — Impressive 8-1 record in the Park National and a 10-0 win over Minnetonka.

2. Minnetonka Millers — 6-2 in the Riverview sounds less impressive when referring to the Millers. Iron sharpens iron and a few losses could boost the winning drive for this team.

3. Air Freight Unlimited — Started 0-3 in league and have strung 6 straight wins together. No games in May but the rust appears to be coming off for the reigning champs.

5. Lyon’s Pub Warriors — 7-2 in league play. Matchup with the Cobras coming up will be a good one.

6. St. Louis Park Pirates — Nice win over Minnetonka. These guys always have the ability to beat anyone.

7. St. Paul Hops — 8-2 and atop the St. Paul League. Maybe should be higher here, but a tough July schedule will be their “prove it” time. A rematch with Air Freight is next up.

8. Stockmen’s Irish — Tough loss in the final innings against the Metro Knights the other night, but 7-3 and first place in the Skyline is a nice place to be into July.

9. St. Paul Mudhens — If their full team is in town, this is a dang tough team to compete with. Make sure your fans know not to get into it with Mr. Rogers, though!

10. Metro Knights — Tough arms, solid bats, and 30-plus capable fielders on this roster. Will continue to be competitive day in, day out.

1. Minnetonka Millers — It has been 678 days since their last state title, and so far this year they are below the .900 mark for winning percentage. Is Hoy on the hot seat?

2. Minneapolis Cobras — A really nice mix of veterans and youth this year. Parade Stadium is arguably the worst hitters’ park in the state (both dimensions and batters sight line), and the Cobras have the ability to do a ton of damage away from there come state tournament time.

3. St. Paul Hops — I know. The tweeter says they have had a few bad losses. But they’re still America’s Sweethearts. If loving the Hops is wrong, I don’t want to be right.

5. Lyon’s Pub Warriors — Sociologists have declared there are three traumatic events in life: 1. Death of a loved one. 2. Divorce. 3. Being a player/manager for a Townball team. Rob Schildgen doesn’t get the recognition he deserves. He is like Pete Rose, but with better hair.

6. Stockmen’s Irish — There were rumors floating around this winter that the Irish might experience a down year. Rumors of their demise were premature.

7. St. Anthony Hogs — I know very little about them, but I know they’re always good. I wonder where the Hogs name comes from?

9. St. Louis Park Pirates — Some big wins you’re accustomed to seeing, but a couple losses that you’re not. They’ll no doubt be there at the end.

10. Stillwater Loggers — They’re really young, but they have some talent and they seem to be holding their own.

Class A rankings (As of July 6)(Pts)(Previous)