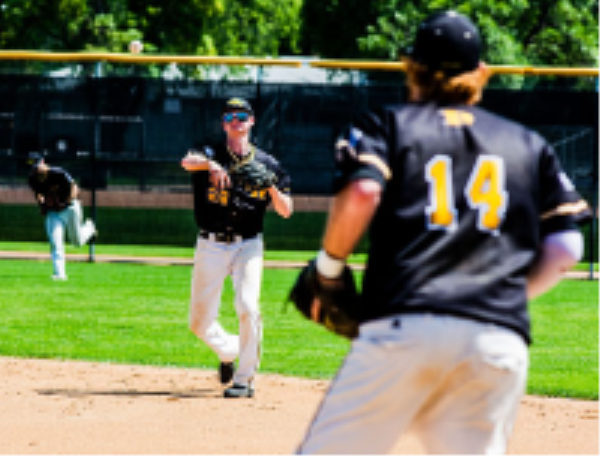 A slow start to the season knocked defending champion Air Freight Unlimited from the throne of the top spot in our latest rankings, making way for others to make some big moves.

Minnetonka returns to the top spot, where it has spent much of the past decade-plus.

With the No. 1 abdicated, Lyon’s Pub shot up to the No. 2 spot after sitting at No. 6 in the last poll. The Minneapolis Cobras made a similar jump, going from No. 6 to No. 3.

Air Freight didn’t drop too precipitously and held down the No. 4 spot while Highland Park grabbed the No. 5 ranking and the St. Paul Hops jumped into the top 10 at No. 6.

St. Louis Park and Stockmen’s Irish share the No. 7 ranking while Baseball 365 stayed at No. 9 and St. Anthony dropped to No. 10.

1. Minnetonka Millers - I think it’s important they know at least one person believes in them.

3. St. Paul Hops - This one is a math equation. TC Saints beat Air Freight, HP beat TC Saints, Hops beat HP. Works for me. Not a traditional powerhouse, but give credit where credit is due.

4. Minneapolis Cobras - When the bell rings and the games really matter, Cobras are as good as anyone.

4. Lyon’s Pub Warriors - When the bell rings and the games really matter, Warriors are as good as anyone.

6. Highland Park Beavers - This guy they have, Mo Money Mitch, from Cashville USA seems to be a good player (source: Twitter). But they also have Kyle Schnichels. The guy is like a rabbit’s foot, horseshoe and leprechaun all wrapped up in one. Wherever he goes, wins follow.

7. St. Louis Park Pirates - Since they seem to have cut their schedule down from 162 to 60, and they have always had a subdued social media presence … it’s hard to get a read this year. And I imagine it’s intentional and they like it that way, and that they will be there at the end.

8.Twin City Saints - Some huge wins early on. Very impressive and eyebrow raising. I know zero about them otherwise.

9. Stockmen’s Irish - I am sorry I doubted you … it was just the whole Teddy thing, and the other rumors. I bought into them. I was wrong. Forgive me.

10. St. Anthony Hogs - Should be a battle at the top for the Skyline title.

1. Minnetonka Millers: 12-1 record to my count and they seem to be pitching and hitting (per usual).

2. Minneapolis Cobras: When their full team is there, they have a bunch of talented young guys to complement their vets, who have always mashed.

4. Lyon's Pub Warriors: Nice start to Park National League play and had a good showing in the New Prague Invitational.

5. St. Paul Hops: Strong start to St. Paul League play with a few wins including one over the 2021 champs, Air Freight.

6. Stockmen's Irish: No Teddy Klingsporn and Duffy recently signed a pro contract. If they can find guys to fill those holes, they'll be a tough squad again this summer.

7. Air Freight Unlimited: 2021 champs start 0-3 in St. Paul League play. Some non-league games would have helped, but I bet that the rust comes off soon and the championship hangover is cured.

8. St. Paul Capitals: A few head-scratcher losses but this roster is too good to not be dangerous all summer.

9. Baseball 365: 4-0 in league play and competitive showings against a really good non-league schedule.

10. Rosetown A's: Good wins against the Capitals and Air Freight. 3-1 to start St. Paul League play. Graig Weber can still beat anyone when on the mound.

Class A rankings (As of June 17)(Pts)(Previous)