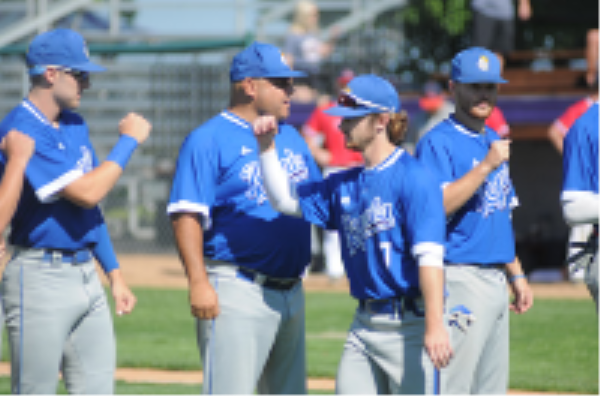 Chanhassen has company at the No. 1 spot in our latest round of rankings. Recent Red Bird losses to St. Martin and Jordan split our pollsters on who should claim the No. 1 spot with half of them giving it to Chanhassen and the other two giving way to an undefeated Blaine squad fresh off a tournament victory in New Prague.

But if anyone knows about receiving regular season recognition and it meaning something, it’s Blaine, who hasn’t reached the state tournament the past two years following first-round upset losses to St. Michael.

The Fusion will get a big test this week against Section 4 foe Champlin Park, which will likely shake up the next round of rankings.

Miesville maintained the No. 3 spot but Rochester rocketed up the rankings to No. 4 by way of an undefeated section record.

Cold Spring slotted in at No. 5, moving up two spots, while the LoGators stood pat at No. 6.

Northfield cracked the top 10 for the first time, coming in at No. 7 as its offense has come back to life in a big way.

The Moorhead Brewers dropped from No. 3 to No. 8 following a slow start and they share the spot with New Market, who dropped three spots from the last poll.

Burnsville hit a rough patch but still managed to share the No. 10 spot with newcomer Young America.

Check out what our pollsters felt made the difference for the moves.

1. Blaine Fusion (12-0) – Sweep the weekend at the New Prague tournament and enter the week as the lone undefeated team in Class B. Giving up less than two runs per game with 171 strikeouts in 89 innings is the main story (of many) behind the success.

2. Chanhassen Redbirds (6-2) – You try not to put too much consideration into weekend tournament results, but a loss to St. Martin at the Stearns County Classic (what happened in the Kimball game, if it was played?), followed up with a loss to Jordan drops the Birds out of the top sport for the first time in awhile. Where’s Riley Johnson, btw?

4. Miesville Mudhens (5-3) – A bit of a slow start out of the gate for the Hens, with a section loss to Hampton on Sunday. No Riley Ahearn in the stats yet and rumor has it Jake Dickmeyer has moved out of state. Will the arms be there throughout the season and at the end when it counts?

5. Cold Spring Springers (8-2) -  Starting out strong with good C wins over Hutchinson, Watkins, and Avon, to go along with a couple of nice Class A wins and a dub over my LoGators. Stumbled in section play vs. Hamel, but the Springers, as we know, are extra motivated this year.

6. Champlin Park LoGators (9-5) – After a non-competitive loss to Westonka (a team that has competed well against Class A and B teams), we get a nice win over the St. Paul Mudhens and stay unbeaten in Metro Minny league play. Big game Wednesday at Blaine will go a long way to determine the league title.

7. Moorhead Brewers (2-1) – Maybe a little low, but only only games played thus far and not much to go on. However, we know they will be there come state tourney time.

8. Northfield Knights (9-2) – Is Northfield back? It appears they are.

9. Chaska Cubs (9-3) – Unbeaten in the section with two losses to top A teams and a really solid Delano squad. Fast start will prove key in Section 3 standings, as it looks like teams will beat up on each other throughout the season.

10. St. Michael Saints (4-1) – Really like the additions the Saints have made, adding a couple of starters and the No. 1 arm from a real good Bethel squad. Will they not give a crap during the regular season and get what’s coming to them in the playoffs? Time will tell…

a.      10B – New Market Muskies (9-2) – A really nice collection of young MASH talent, but need to prove it in section play…Will the kids be around come playoff time? Remains to be seen.

1. Chanhassen Red Birds - Red Birds will be at the top of the list until someone can beat them when it counts in August
2. Blaine Fusion - Fusion are off to a perfect start to begin the season giving up few runs.  An early test on Wednesday with the LoGators coming to town
3. Miesville Mudhens - Mudhens off to a slow start with a 5-3 record but they always find their form and will start to reel off wins
4. Cold Spring Springers - Springers have won 8 of 10 to kick off the season and looking to rebound after their short season last year
5. Rochester Royals - Royals have jumped out to a 12-2 record including 2-0 in the always tough Section 1.
6. Champlin Park LoGators - The LoGators play an aggressive schedule taking on any team Class A, B, or C. They will a good bet to claim one of the spots out of Section 4B and return to the state tourney
7. Northfield Knights - The Knights have been putting up some big run totals winning 9 of their first 11
8. Moorhead Brewers - Brewers slow start to begin the 2022 campaign. Took one on the chin at Minnetonka on Saturday losing 18-7 to the Millers
9. New Market Muskies - Muskies are out the gate with a 9-2 record after a 1-0 loss to Dundas on Friday but should be in the mix to advance out of Section 1B
10. Burnsville Bobcats - Bobcats opened the season beating Minnetonka but have lost their last three games including two against Section 3B opponents

Class B rankings (As of June 15)(Pts)(Previous)