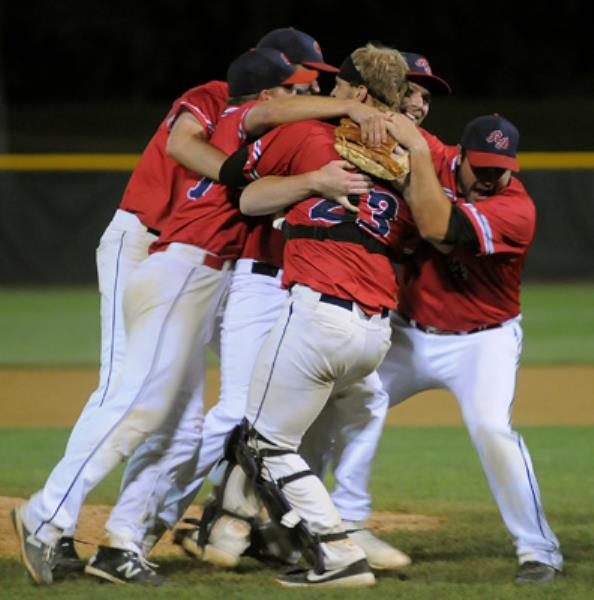 Class B preseason rankings: No doubt about the top spot
Posted on Apr 26, 2022

When you win a state title for four consecutive years, it’s hard not to rank No. 1. The four-time defending Class B champion Chanhassen Red Birds will once again start the season as the top team and have a chance to tie a state record with five consecutive state titles.

Miesville, which won back-to-back state titles before Chanhassen supplanted it, starts once again as the No. 2-ranked team.

Despite a first-round exit, our pollsters still like the Moorhead Brewers as the No. 3 team, but they’ll share the spot with the Champlin Park LoGators, who made an impressive run to Labor Day weekend last season.

Blaine, which has missed out on the state tournament the past two seasons after getting upset by St. Michael, begins the season at No. 5.

Victoria impressed our experts and the Vics start the year in the No. 6 spot.

New Market put together an impressive state tournament run last year and hold down the No. 7 ranking with Cold Spring.

Rochester and Elko round out the top 10 by sharing the No. 9 spot.

The Class B tournament was a fun one last year, with several super competitive games and a lot of talent on display. A lot remains to be seen with new player signings and retirements/defections, but based on last year here are my preseason rankings.

1. Chanhassen Red Birds- Can't put them anywhere else until something crazy happens.

2. Miesville Mudhens - If Marks is healthy and back to his old self, that takes the lineup to another level … a level that is capable of taking down Chanhassen

3. Moorhead Brewers - A disappointing end to the season in the first round of the state tournament for the Brew Crew last year. There's still enough firepower left in the tank to make a run for the Minnesota Vikings/Buffalo Bills of the MBA.

4. Champlin Park LoGators - Took a big step forward making it to the final weekend of last year's state tournament. Have made a couple nice additions in the offseason to supplement a couple of key losses.

5. Blaine Fusion - I can't see them missing the state tournament for the third year in a row with the pitching staff they have. The bats will need to show up at the right time and will need some contributions from younger players (if they're not at college) to contend for a title.

6. Cold Spring Springers - You have to imagine these guys are uber motivated after being deemed ineligible last year. The question is, does the aging core have enough in the tank and can they add a piece or two to get back in contention.

7. Victoria Vics - A lot to like from the Vics, young core of guys that know how to play the game. More than capable of a Labor Day weekend appearance, the question mark is will they have the pitching depth to go farther?

8. Burnsville Bobcats - Broke through with their first appearance since 2014.

9. Hampton Cardinals - A lot to like here … A veteran, but still young core that has a No. 1 that can beat anybody on any given day.

10. Rochester Royals - Had Chan on the ropes last year, but couldn't quite pull it off. Similar to a few names on this list, a solid No. 1 in Meyer and a veteran core lead the way

2. Miesville Mudhens - Finished runner-up behind Chanhassen in 2021 and poised to make another appearance on Labor Day.

3. Champlin Park LoGators - The LoGators continue to get better every year. Sam Riola's summer plans will have a huge impact on their success.

4. Moorhead Brewers - Expect the Brewers to dominate northern Minnesota baseball again this summer and return to state with high hopes.

5. New Market Muskies - The Muskies opened eyes at state in 2021 finishing in the top four. Don't be surprised if they take another step forward this year.

6. Victoria Vics - Victoria showed they belong among the state's best in 2021.

7. Elko Express - Like New Market, Elko continues to replenish their roster with young talent and expects to contend in 2022.

8. Blaine Fusion - The Fusion are always a powerhouse. Will they find a way back to the state tournament this summer?

9. Rochester Royals - The Royals made it to round two before losing a close game to Chanhassen in 2021. Another strong showing in 2022 won't be a surprise.

10. Cold Spring Springers - Bulletin board material won't be in short supply for the Springers this summer.