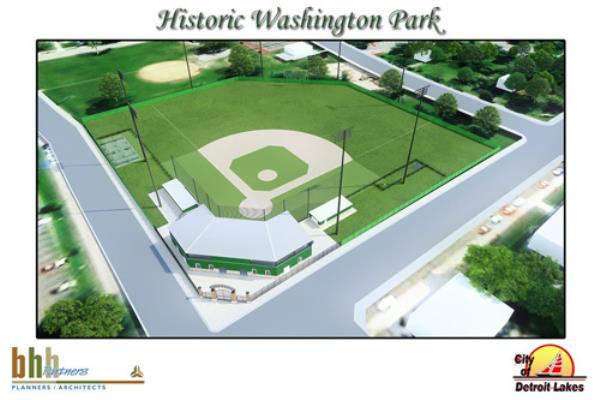 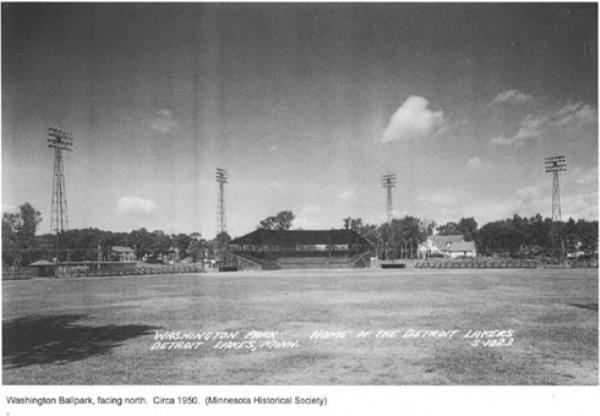 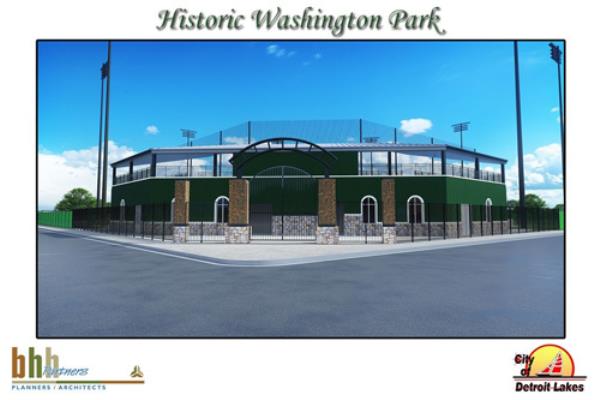 Baseball has a long history in Detroit Lakes, specifically Washington Park, so it’s only fitting that a baseball revitalization start there for the community.

City leaders are in the midst of securing funding for renovations of the historic Washington Ballpark, the first improvements in more than 30 years.

Baseball at Washington Park started in 1897 and the first grandstand was erected in 1908. Voters approved a bond for a new grandstand and floodlights in 1947 for the ballpark and Detroit Lakes secured the 1949 MBA state tournament, which drew 28,564 people. The park received improvements to restrooms and locker rooms in 1989 and became part of the National Register of Historic Places in 2008.

Now, there’s a drive for more extensive renovations and the possibility of a return of amateur baseball.

The city of Detroit Lakes hosted a group of state legislators in September to help secure funding toward a $2.34 million project for renovations to Washington Ballpark. Detroit Lakes asked the legislators to include $1.172 million in the bonding bill, half of the cost of the total project.

Project plans call for exterior grandstand renovation, window restoration and fencing to the grandstand exterior. Bench seating will be installed, which will reduce seating to 585 people but there will be standing room in a concourse at the top of the grandstand.

As for the field itself, the infield will have artificial turf and stormwater manholes in the outfield will be removed.

The plan also includes a new stormwater management system to reduce flooding issues, along with larger and improved dugouts. Safety netting will be replaced and improved, too.

Renovations include improvements for ADA compliance and there will be HVAC improvements to the press box and clubhouse.

At the same time, Phil Kirchner is leading an effort to bring an amateur team to the field in 2022 -- the first time in five years for Detroit Lakes to have an amateur team.

“Right now we’re just trying to make sure we get our nine players,” Kirchner said.

Kirchner helped start the Angels in 2007 before the team folded in 2017. The timing seems right to field an amateur team once again.

Kirchner expects to have team plans finalized by mid-January and the team will play either in the Hi-10 League or the Red River Amateur Baseball League.

*Photos via City of Detroit Lakes