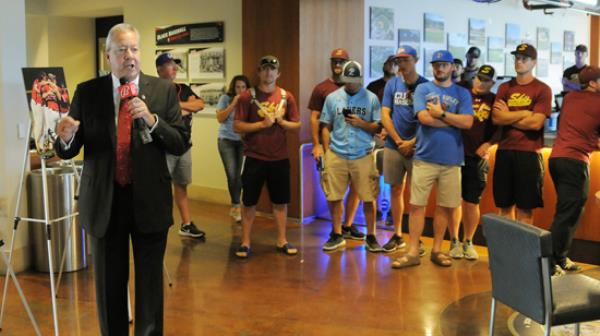 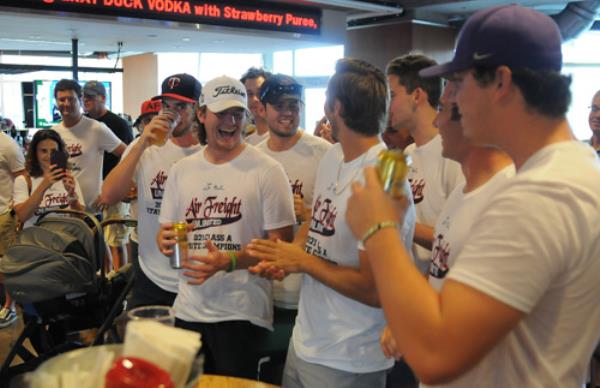 Even at any age, it’s still a treat to walk onto a major league baseball field.

The 2021 Minnesota Baseball Association state championship teams got the opportunity to feel like kids again Saturday when they stepped onto Target Field to receive recognition for their achievement.

“I think this is really neat that they put it together and the chance to go on the field is what brought me here tonight,” said Chanhassen pitcher Logan Spitzack. “It’s a fun celebration of a great year and a great end to a wonderful season.” 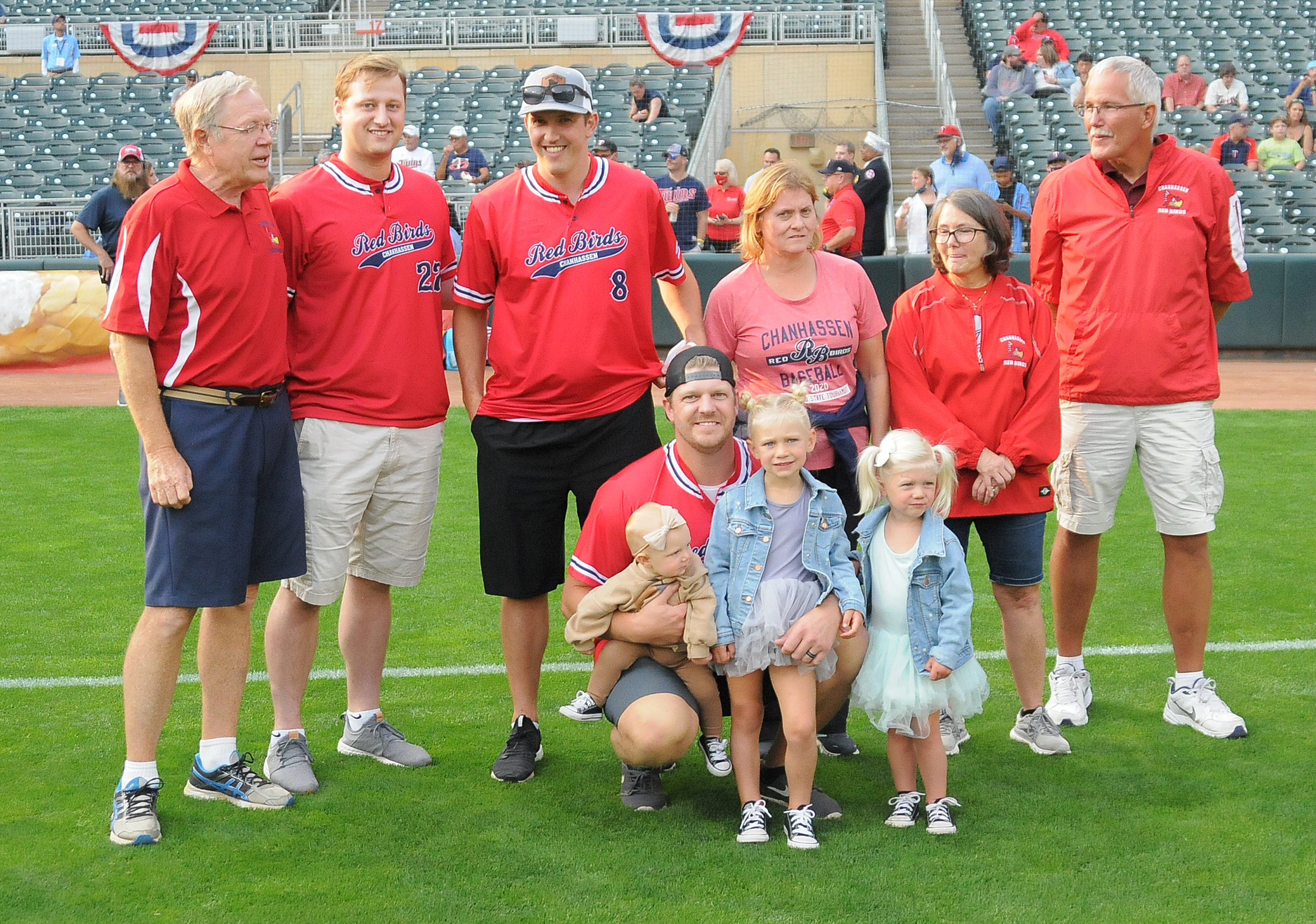 Many amateur teams, like Class C state champion Sobieski, have gotten to play at Target Field in the Town Ball Classic but Saturday’s event provided another special moment.

“It’s one of the best feelings to be recognized in this kind of way,” Skis manager Brad Czech said. “It makes you feel like a kid again. You see the smiles on all of the champions’ faces. You look around this crowd and recognize what this game means to everyone in every class. That’s so important to us and great that our state has allowed us to put this together and be part of this today.” 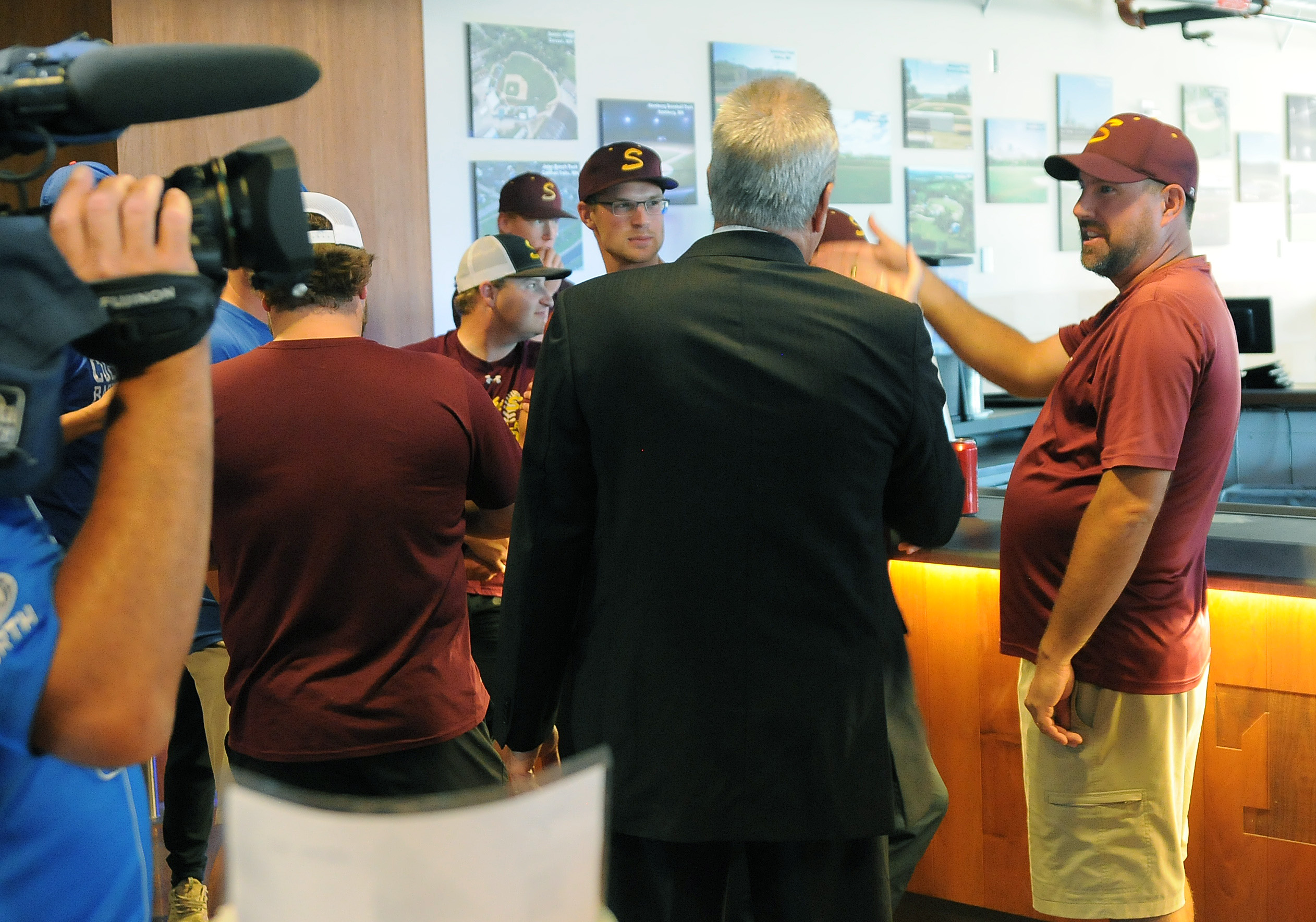 Each year, the Twins frame a jersey from the state championship teams and hang the frame inside Town Ball Tavern at Target Field. This year, they will also have a photo from their championship displayed.

“I’ve been in this stadium dozens of times, I’ve been in this bar a number of times and I’m looking forward to seeing our jersey hanging in the corner,” said Air Freight Unlimited manager Dusty Wilhelmy. 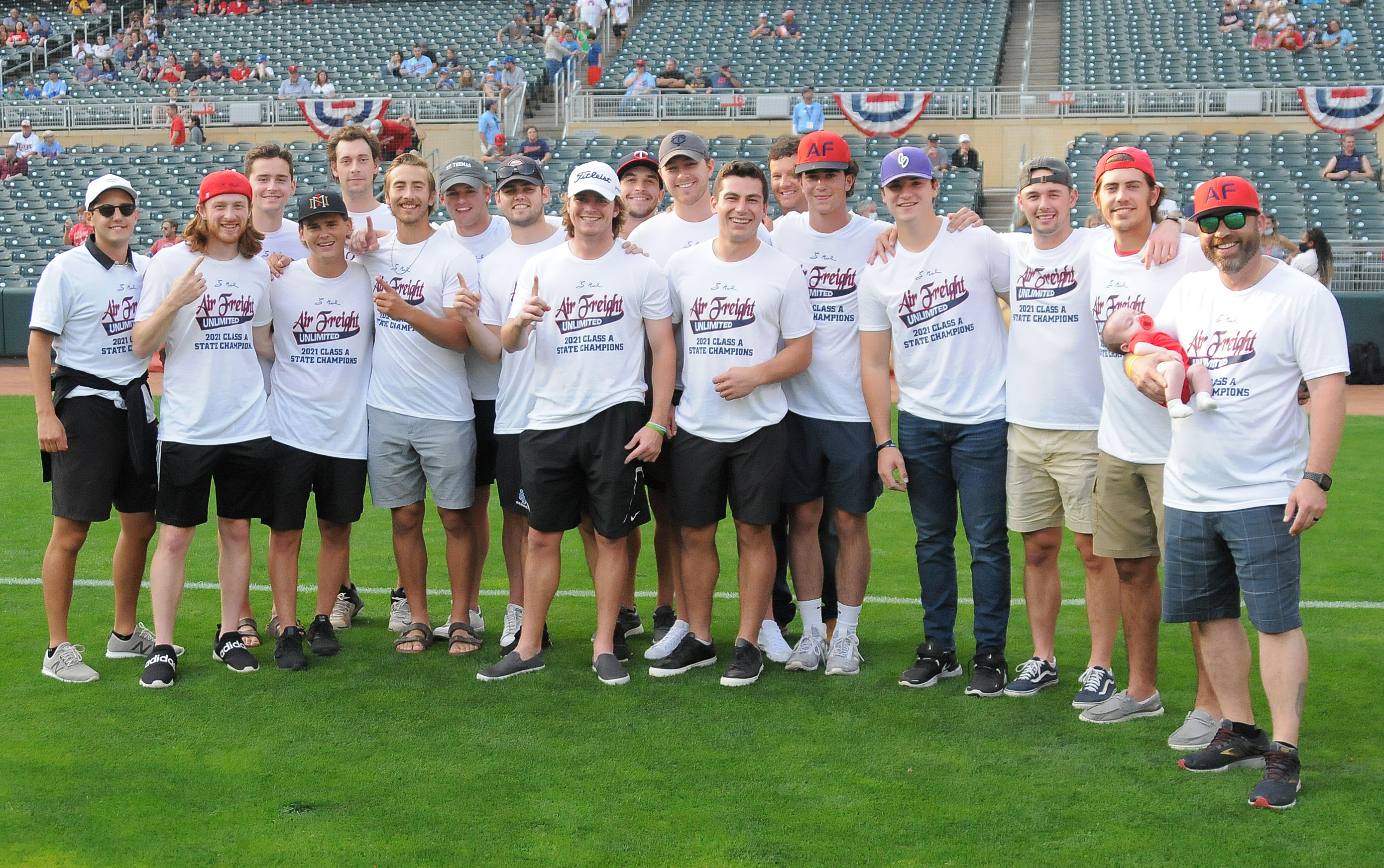 Prior to walking on the field, the teams and fans gathered inside Town Ball Tavern for an unveiling of the state championship photos. Bally Sports North Twins play by play commentator and former town ball player Dick Bremer addressed the crowd and relayed a town ball story from former Twins pitcher Jerry Koosman. Koosman pitched for Appleton as a 17-year-old and encountered a Philadelphia Phillies scout in a game against Bremer’s hometown, Dumont, in Dumont.

“After five innings he had a perfect game and he’s 17 years old and he’s sitting in the visitor’s dugout in Dumont and a bird dog scout peeked around the corner,” Bremer recalled. “He said, ‘Son, you’re doing a really fine job. I’m so and so from the Phillies and I’m just wondering how you’re holding your fastball.’ And Jerry said, ‘I’m throwing it with the seams.’ And he said why don’t you try throwing it across the seams. And Jerry said, ‘This guy is a professional scout and I want to play professional baseball, sure I’ll go out there and try it, even though I have a perfect game.’”

Koosman walked the next two batters he faced and hit a third, Bremer said.

“He learned at age 17 a baseball lesson that applies today, if it ain’t broke, don’t fix it,” Bremer said.

The Twins even obliged the amateur baseball crowd with a 9-2 victory over Kansas City where Byron Buxton, Jorge Polanco, Max Kepler and Nick Gordon all hit home runs. 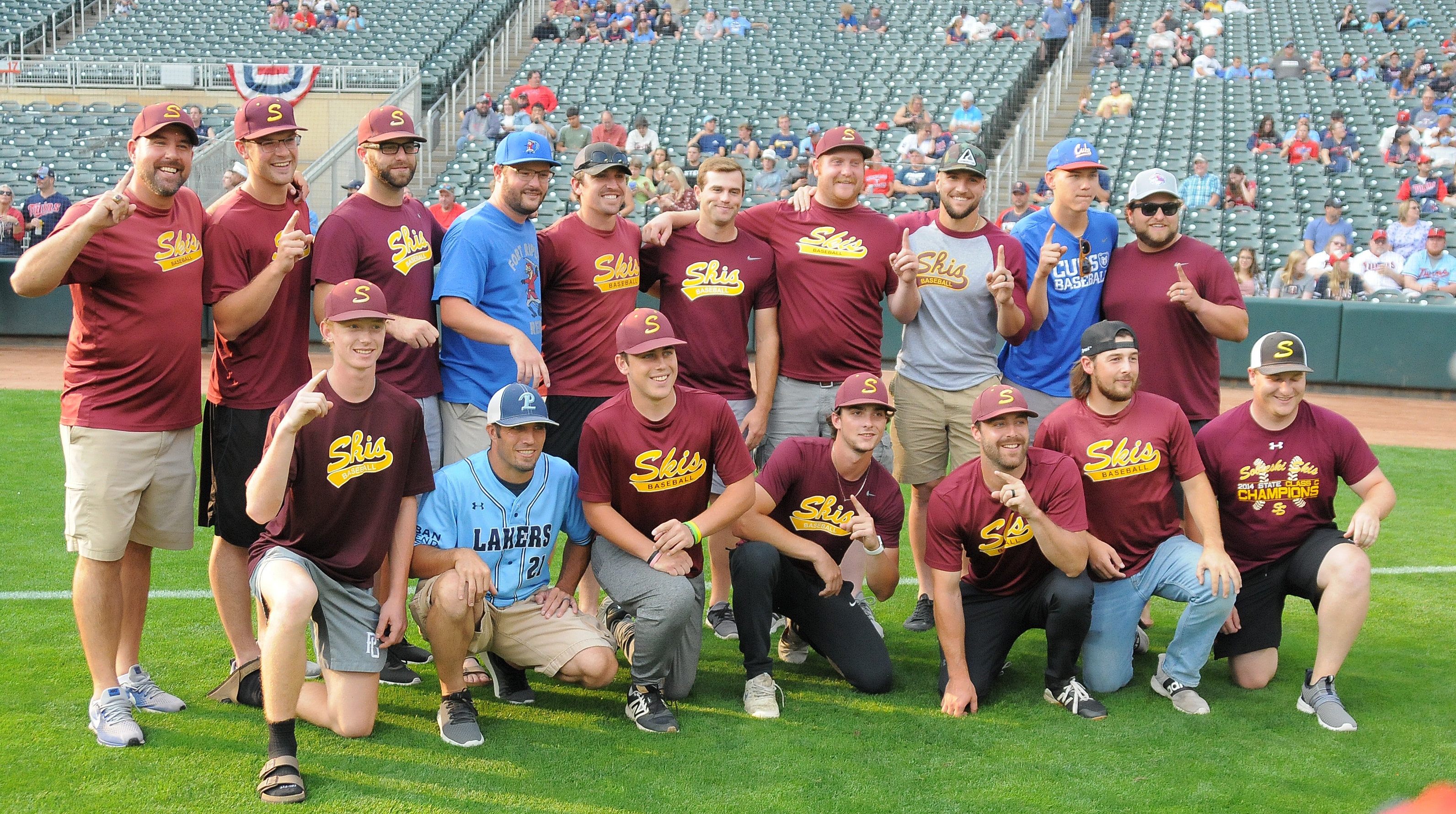