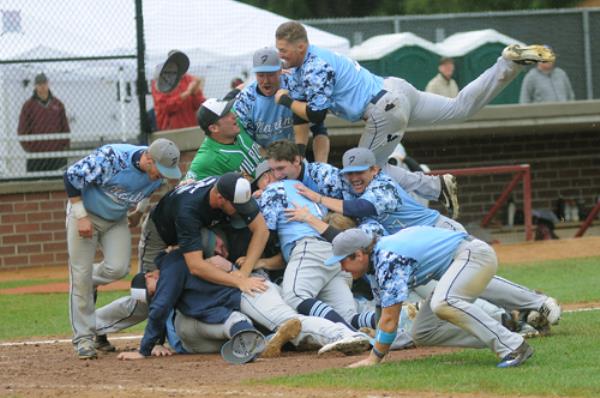 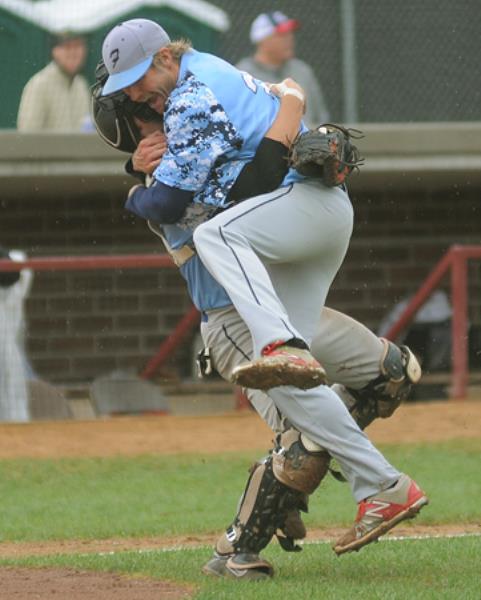 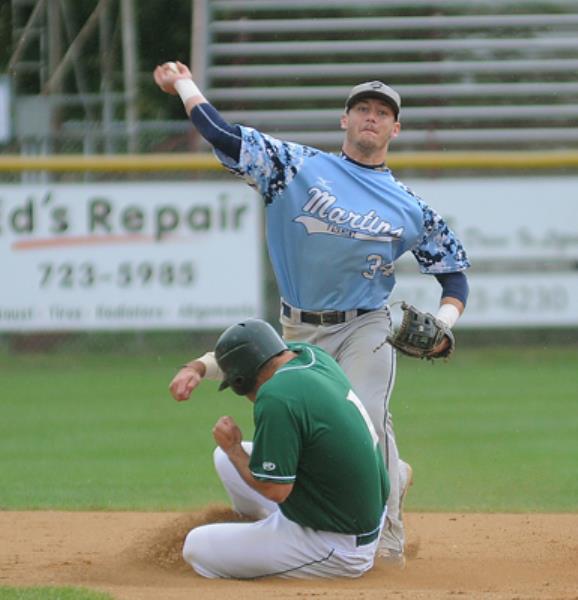 The wait is over.

Fairmont’s Adam Schmidt has wanted another crack at the Class C state title since 2012. The town of Fairmont has waited for a title since 1959 and after Monday no one has to wait anymore in Fairmont.

The Martins claimed the 2020 Class C state title Monday in Springfield with a 12-0, seven-inning victory over St. Patrick in Springfield.

The last time Fairmont appeared in the state title game came in 2012 against Maple Lake, a game the Martins lost 6-4 to Maple Lake, despite holding a lead.

“I’m the only one on the team that was in the state title in 2012 and we didn’t finish the deal,” said right fielder Adam Schmidt, who had three hits and an RBI. “I’ve just been waiting for it and we had the team to do it this year.”

The Martins jumped out to a 1-0 lead in the first inning when Levi Becker singled in Derek Shoen with two outs. Fairmont added to the lead in the second inning with three runs when Jack Waletich drove in two runs with a single and a ground out from Schoen added another run.

As steady as the sprinkles fell, the Martins kept hitting. In the third inning, a leadoff double from Levi Becker turned into a run when Adam Schmidt collected his second hit of the game.

That chased Irish starter Josh Simon, who gave up five runs on 10 hits.

Becker added a two-run triple in the fourth inning as part of a four-run inning to extend the lead to 8-0. Jon Traetow added an RBI single prior to Becker’s third hit of the game. Tyler Tennyson added to the lead with an RBI single to score Becker to make it 9-0.

Fairmont added three more runs in the fifth to push the lead to 12-0. Blake Crawmer hit a leadoff single and Luke Becker added a single, his third of the game, to start the threat. A throwing error scored one and a ground out added the second run before an error allowed another run to score.

Ross Ackerman, a draftee from Windom, got the win after throwing six shutout innings. He allowed three hits, walked none and struck out four.

The path to the title wasn’t easy. The Martins beat Waconia 2-1 in their first game, held of 2019 champion Jordan for a 7-5 win, beat a hot-hitting Buffalo team 5-1 and reached the championship with a 10-3 win over Cold Spring.

Luke Becker flew in from Kentucky to play in the tournament, arriving about 10 minutes prior to the Martins’ game against Jordan Saturday at noon. It’s a good thing his grandparents had additional airline miles to use to get him a plane ticket because he earned MVP honors after going 11-for-21 with 10 runs, four RBIs and three stolen bases. He had three hits and three runs against the Irish.

Becker played independent ball in Kentucky this summer following a career at the University of Kentucky. The experience of playing for a state title felt too compelling for him to miss.

“There’s nothing like this,” He said. “You can’t compare this. I’ve played minor league ball, I played in the SEC, nothing compares to this. It’s really cool.”