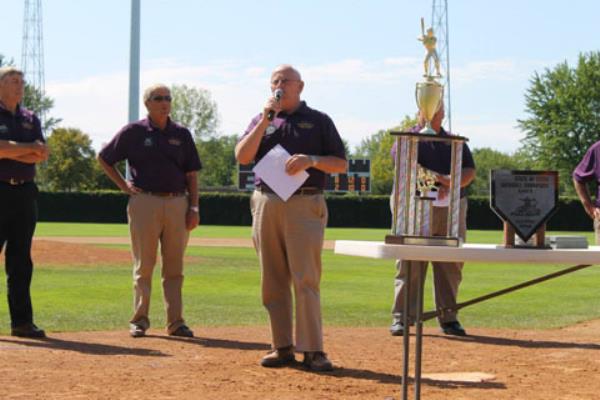 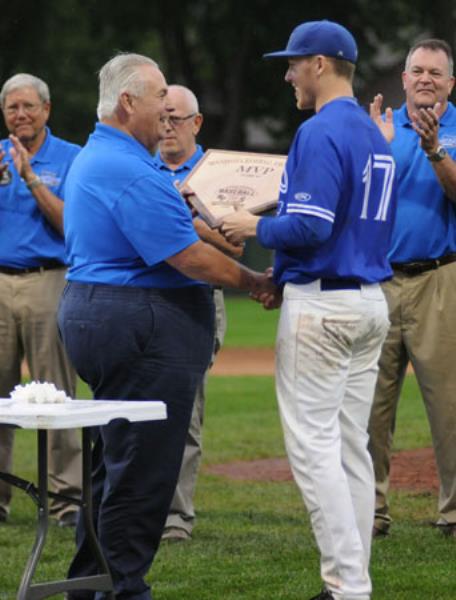 SIGNING OFF: MBA's Richter and Hartmann end long tenure with board
Posted on May 26, 2020

“Those are going to be some big shoes to fill with those guys,” said Fred Roufs, who was elected as president following Richter’s resignation. “Both of them did a great job. We’re very thankful for the time they commited to us.”

In Granite Falls you don’t have to go far to recognize the Richter ties to baseball. In fact, it starts with the baseball park, which is named after Richter’s father. Richter later became manager of the team and announced games after stepping down from managing to serve on the MBA board. His nephew, Mike, now manages the Kilowatts.

“I’ve had a great time,” Richter said. “I’ve served with a lot of great people and they’re still great friends.”

Roufs and Richter served on the board together for the past 26 years and Richter made Roufs’ job as vice president easy.

“The vice president takes over in the absence of the president,” Roufs said. “I don’t remember him missing a meeting. When he joins something, he’s dedicated. You can count on him. He was probably a good leader because he let others say their piece. He was more of a moderator.”

Richter, who served as a part-time police officer and on other civic boards, was known for following the rules of the board. As the president of the board he often presided over discussions rather than interject his opinions. Though he wasn’t shy when he had opinions.

“He didn’t dominate, he controlled the flow of the meetings,” Hartmann said. “He didn’t try to insert his opinion or agenda. If he did disagree with things, he wouldn’t hesitate to chime in.”

Hartmann and Richter became close friends through their years on the board.

“We became the best of friends during that time,” Hartmann said. “We have a lot of the same interests. We seem to agree on various things that we needed to do as a board to improve the game.”

For the first time in 30 years Richter, who was selected to the Minnesota Amateur Baseball Hall of Fame in 2013, will have the chance to enjoy his cabin Labor Day weekend.

“For 30 years I’ve been going to the state baseball tournament,” Richter said. “We’ve got a lake place in Alexandria — I’ve never gone.”

Like Richter, the Hartmann name stretches across the state in baseball.

Hartmann grew up the oldest of eight kids and moved to Arlington from Le Sueur in the fifth grade. It was there he launched his baseball career that saw him play for Arlington, Green Isle and Dundas. Hartmann primarily played catcher and won three state championships in his career — two with Arlington in 1969 and 1979, and one with Dundas in 1988.

He played alongside his brother, Mike, who signed with the Minnesota Twins out of high school, in Green Isle and Arlington. Mike later moved to Red Wing and the Hartmann family remains synonymous with Red Wing baseball, too. Dave’s son, Nate, plays for Green Isle for Dave’s brother, Brian, while nephews play for Cold Spring and Maple Lake.

As the secretary/treasurer, Hartmann, who was selected to the Minnesota Amateur Baseball Hall of Fame in 2018, drew a number of responsibilities like running the financials as well as contracts and releases for the board.

“He probably got the majority of the phone calls,” Roufs said. “Dave did a very good job. He was very organized with the records and wrote up good minutes. He had everyone organized, the reports came out timely.”

Hartmann’s and Richter’s tenures included noteworthy changes to amateur baseball, like the switch to wood bats, the expansion of the Class C state tournament to 48 teams and classification criteria.

“My point was to have the teams have a chance to play in front of bigger crowds because of the excitement and enthusiasm from the bigger crowds,” Hartmann said of the 48-team tournament.

“The biggest was wood bats, that was a 5-4 decision on the board,” Richter said. “I think everyone would agree that it is the best change we made.”

Since the announcement of their resignations, Hartmann and Richter have received a number of calls wishing them well.

“I’ve gotten a lot of phone calls and texts all complimenting me and John on this and that,” Hartmann said. “That’s just nice to know that people have truly understood and appreciate what we were trying to do.”