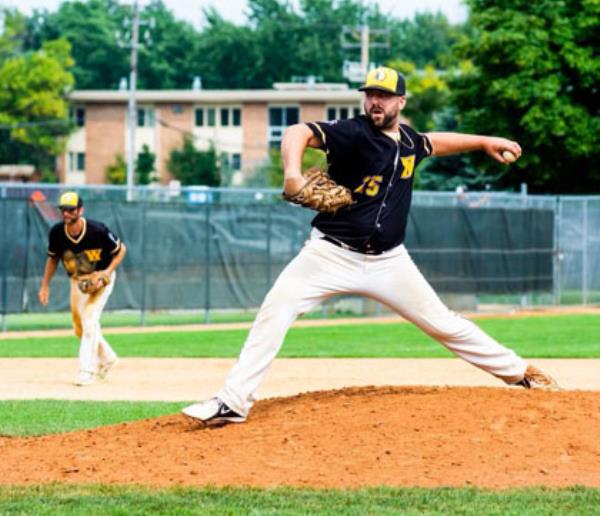 No doubt about it: Minnetonka claimed all four first-place votes to hold down the No. 1 spot.

Lyon's Pub moved into the No. 2 spot while St. Louis Park slid to No. 3. The St. Antonhy Hogs stayed put at No. 4 while the St. Paul Capitals also remained in their previous spot at No. 5.

Stockmen's Irish moved up t No. 6 to make room for the Minneapolis Cobras, who moved up to No.7.

2. Lyon's Pub Warriors (Pub) — Beat Park and a tough Victoria team to win the Poppitz Tourney last week, and are undefeated in the Park National.

3. St. Louis Park — Lost tight games to Pub and Tonka in the last week, but still in rarified air.

4. St. Anthony Hogs Hogs — Remain in the clean-up slot this week. Rolling in the Skyline.

5. Minneapolis Cobras — The snakes keep scoring runs, and have shored up their pitching staff with former EP/Gopher/Twin, Cole DeVries. Bad news for the rest of the PNASH.

Tough to get a read on what’s happening in the Skyline and St. Paul. Their standings must be on the dark web somewhere. Best shot via social media looks like this:

1. Minnetonka Millers — Jut beat SLP in a high profile match-up Monday night. A mainstay in the top 2-3 each year.

3. Lyons Pub — One of the most balanced teams I've seen this season. They play great defense, are solid 1-9 with the wood, and seem to run out an endless line of dudes to the mound.

4. St. Anthony Hogs — This team has the talent and depth to build on their dark horse run in the 2019 Tournament.

5. St. Paul Capitals — The class of the St. Paul league is hitting their stride early and often.

6. Stockmen's Irish — Young, deep, and powerful up and down the lineup. Bridges/Klingsporn/Baumgard are a deadly 1,2,3 on the bump.

7. Minneapolis Cobras  — Every time I check twitter these dudes seem to be hanging another W.

9. Bloomington Bandits — Whether they show up with 9 or 19, these guys come to play.

4. St. Anthony Hogss — I am new to this ranking stuff and I couldn’t find any data on them. However, I know they have two really good pitchers and beat the Cobras.

1. Minnetonka — Undefeated, pretty amazing how they start the season every year.

2. Lyon's Pub — Two wins over Park and the winner of the Victoria tourney.

3. St Louis Park — Playing and winning a ton of games, lost a close one to Tonka.

6. St Anthony — They continue to win games against top teams and not allow many runs.

7. Minneapolis Cobras — Park National looks like it will be a three-team race with Pub, Cobras and Baseball 365.

9. Rosetown A's — We saw several excellent arms in an 11-inning game vs. Caps.