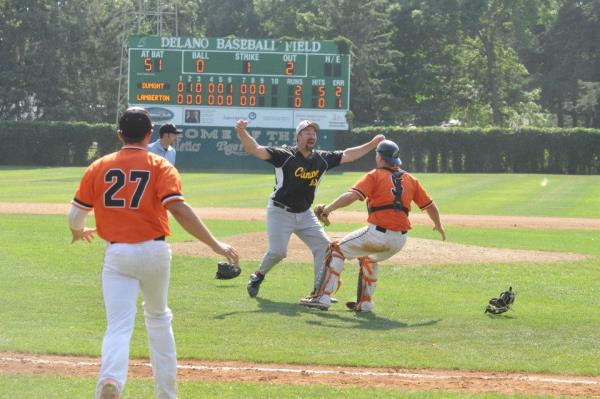 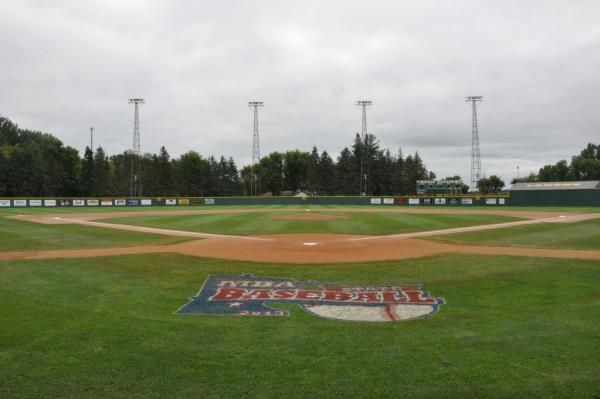 Meeting called to order by President Richter at 11:00 AM

There were 42 dedicated people in attendance

Motion Brennan, second Kreger, carried to approve the minutes of the previous meeting

The Board met with the officials and the key chair persons from Dassel/Hutchinson/Litchfield to go over details of various components of the 2016 State Tournament.

Motion Barry, second Kreger, carried to approve the River Valley League request to play the DRS League in an All-Star game on 7/7

Motion Roufs, second Barry, carried to approve Bret Mitchell to play for Miesville and Michael Nesseth to play for Windom

It is duly noted that the following players notified the MBA of their desire to play in a collegiate bat league or out of state and return to play with their respective teams:

Jacob Ugland, Zumbrota to play for Dell Rapids, SD, as well as, Zumbrota

Luke Becker, Fairmont to play for Willmar of the Northwoods League

Reese Gregory, Beaudreau’s Saints to play for the River City Rascals of the Frontier League

Steven Neutzling, Beaudreau’s Saints to play for the Duluth Huskies of the Northwoods League

Grant Farley, Coon Rapids Redbirds to play for the Duluth Huskies of the Northwoods League

Jake Miller, Elko Express to play in the Prospect League with the Champion City Kings

Dalton Lehnen, Elko Express to play for the Mankato Moondogs

Connor Herd, Green Isle to play with the Mankato Moondogs

Motion Forsman, second Kreger, carried 6-2 (Roufs and Brennan voting no) to allow Tom Druk to return to play with Blaine

The 2019-2020 State Tournament Bids were then presented by New Ulm, Faribault/Owatonna, Delano/Maple Lake, and Brownton/Glencoe.  Each of the sites were given 15 minutes to present to the Board.  After all the presentations were given, there was a question and answer session for about forty minutes.  Upon review of all the bids and presentations, the Board awarded the sites as follows:

The Composite Bat rule change is currently being reviewed by the Board.  The Board has set up a sub-committee (Nagel, Brennan and Lemke) to gather data and information to review the whole area of wood, non-wood and composite bats for the 2017 season and beyond.

Motion Kreger/second Forsman, carried to adopt the Pro Slide rule at all bases for the 2016 post season and beyond.

The MBA Board is dismayed at the ruling made by a judge in Morrison County providing Swanville an injunction to play games in the MBA without making a payment on their MBA Loan ($4,000) taken out in June 2014.

With no further business, motion Lemke, second Brennan, carried to adjourn at 2:55 pm

The Board will be conducting site inspection on Friday, July 15th at Litchfield and Dassel and then on Saturday, July 16th at Hutchinson.

Next MBA meeting is scheduled for Saturday, July 16th at Hutchinson at Squeaky’s Bar at 11:00 am