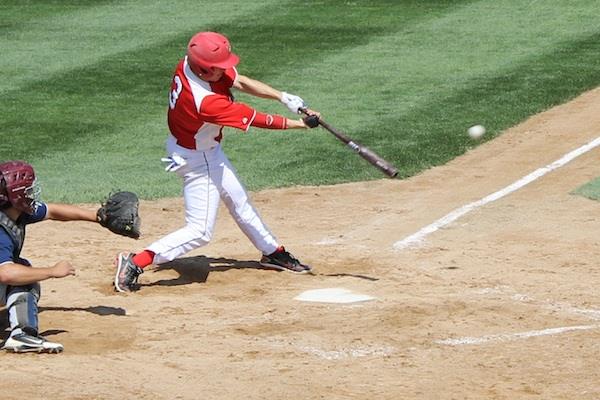 The MBA Board Saturday sided with the River Valley League’s recommendation to reclassify Chanhassen as a Class B team based on its 2015 roster makeup. The motion passed unanimously.

The decision by the Board came down to two points that ultimately led to the reclassification for the Red Birds. First, the fact 11 of 22 players on this season’s roster are new to the team, including two starters from league opponents. And second, Chanhassen’s ability to “reload” its roster on any given year based on the size of the community and school district.

Denny Laufenburger, representing Chanhassen, felt the organization was operating as a Class C team and should be characterized as such.

"It's premature to evaluate this team without playing a single game," Laufenburger said.

First-year Director Mike Nagel noted comparisons to other Class C teams around the state and their struggles to find new players when veterans leave the team. As a rural Minnesota manager in Bird Island, a town of 1,008 residents, Nagel knows the struggle well.

“There are times when I am waiting on elementary kids to fill roster spots,” Nagel said. “Many Class C teams don’t have the luxury of going out and getting players to fill the roster whenever there’s a turnover.”

When reviewing classification rules prior to Saturday’s meeting, it was noted that player eligibility can determine reclassification of a team, but there is no single way to determine what makes a team Class B or C. And the Board of Directors made it clear that every situation has to be taken on a case-by-case basis.

Although criteria for reclassification in not listed in the official Handbook, the Board went through multiple topics of discussion when considering a team’s move to Class B:

• Number of new players to the roster and ability to “reload”

• Size of the community and school district

• Reaching outside the community and school district to sign players

With the move from Class C to B, Chanhassen is now placed in Section 3 along with Chaska, Mankato, Prior Lake, Shakopee and Victoria.

The Jordan Brewers were also discussed for possible reclassification, but will remain a Class C team. The question of possible reclassification was raised after Chase Hentges, recently released by Class B Shakopee, approached the Brewers about the possibility of joining the team. Since Jordan’s drop from Class B to C three years ago, it has signed only Jordan High School graduates and maintained the intent of being a “locally supported” team.

Secretary Dave Hartmann commended Jordan on holding true to that intent but said if Hentges were to sign, it would go against the stipulations placed on the Brewers when they made the move to Class C.

The Board then approved Jordan to remain Class C as long as it does not sign players outside the school district.

Other news and notes from the April 18 meeting:

• Tournament officials at Watkins say the field is in good shape but there is a lot of work currently being done on the grandstand and viewing areas. They hope to make a lot of progress with the turn in weather.

• Alex Lotthamer, previously of the Sartell Stone Poneys, is reinstated, but will serve a three-game league suspension

• Eric Olson, Barry Wohler and Bill Melius approved for the Heritage Rule, allowing them to play for their hometown or team they signed their first MBA contract with.

• Approved the use of the new MSHSL designated hitter rule, which allows pitchers to DH for themselves and remain in the lineup after leaving the mound (link to new rule "cheat sheet")

• It was noted the first Town Ball Classic will be held June 27 at Target Field, which will include three games – one from each class. ESPN1500 is covering the event with all proceeds benefitting the Minnesota Twins Community Fund.

• Class C regions will send to the same number of teams per region to the state tournament as last season.