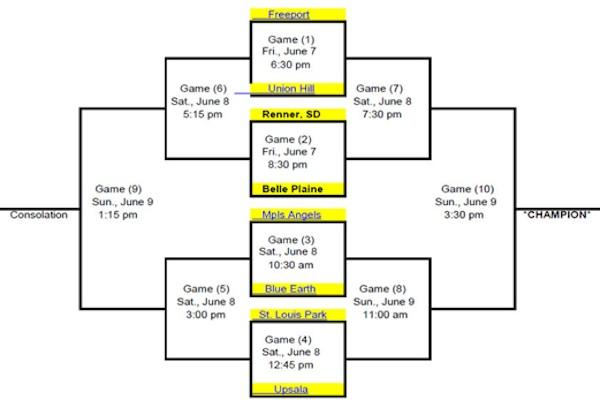 * All teams are guaranteed two games (although, not a true double-elimination format - the losers of games 7 & 8 will be eliminated despite a 1-1 record).

* Games will be seven innings, with 10-run rule in effect after five (including Championship).

* Courtesy runners are allowed for pitchers and catchers at all times.