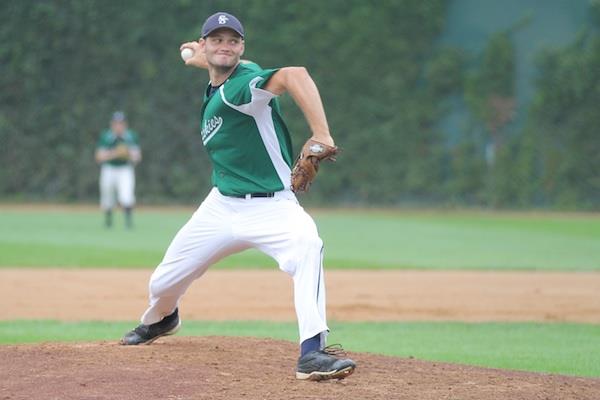 * games played prior to July 7 taken into consideration

1. Nisswa - only loss past few weeks was 3-1 to Cold Spring Springers

3. Sobieski - only loss past few weeks was 2-0 to Cold Spring Springers

5. Green Isle - lost 2-1 to a good Chanhassen team - hotter teams moved ahead of them

9. Jordan - several losses to good teams moves them down a bit

2. Maple Lake Lakers – 21-2, in the midst of a 19-game winning streak and winners of two invitational tournaments.

3. Nisswa Lightening – 19-2, continuing their strong start and looking to make waves in the playoffs.

4. Green Isle Irish – 19-5 Have some good wins in the tough Crow River as well as outside the league.

5. Blue Earth Pirates – 16-3, veteran leadership is proving to be their strength.

6. Fergus Falls Hurricanes – 12-3, Leading the way in the North after taking the Nimrod Invite.

7. Sobieski Skis – 12-3, 4-1 over their last five, continuing to win even with the pressure of being the defending State Champs.

8. Jordan Brewers – 18-8, continue to take on all comers and producing wins.

9. New Ulm Brewers – 16-4, starting to heat up as the playoffs are approaching.

10. Lastrup Lakers – 14-3, riding an 8-game winning streak, and competing for a top spot in the Victory League.

1. Maple Lake (21-2) - Have now run the win streak up to 19.  Have gone 8-0 since the last rankings with shutout wins over Dassel-Cokato and Howard Lake, and a win over Mora in route to winning the Hinckley Tournament highlighting that stretch.  As a team they swing it well, striking out only three times per game, and Schmidt and Wurm have allowed just 49 hits combined in 96 innings, while walking 13 and striking out 106.  Will be battle tested the remainder of July with 10 games, 8 against good competition.

2. Sartell Muskies (17-1) - 6-0 since the last rankings and have now won 11 in a row.  Only real highlight win in last couple of weeks was a recent 6-1 win over Beaudreau's.  Also notably shutout St. Augusta and outscored the opponents 37-6 over that stretch.  Just 5 games left on the regular season, with only Lastrup that could give them problems.

3. Nisswa (19-2) - Only loss since the last rankings was a 3-1 loss to Cold Spring Springers, possibly the best team in the state.  Team is hitting .359 and has blasted 24 homers so far, chasing last year's mark of 40 long balls.  Less than two weeks away from playoff baseball for the Victory League which is the first to start eliminating teams.

4. Sobieski (12-3) - Cold Spring snuck by Jendro last week 2-0.  It concerns me that they play so few games (just 17 on regular season schedule), but like many teams, they go as far as their top pitcher will get them and he's too good not to believe in this team again.

5. Green Isle (19-5) - After posting them as the top team throughout first half of season I've been willing to drop them.  Used to view rankings as a top 5, now thinking there is a top 4 and Green Isle sits is on the outside headlining the next tier down from the top.  Have scored 2 or less runs in a third of their games.  Still a very, very good team, but not on same level as the other four teams.

6. New Ulm Brewers (16-4) - Have really turned it on scoring a whole lot of runs tallying 59 runs over last 5 games.  Hosting Chanhassen on a Saturday night - that should be a fun one.  I have been a little surprised with three losses in the Tomahawk East, a league that I generally don't consider a great one.

7. Fergus Falls (12-3) - Outscoring opponents 104-36 on the year.  Wins over Detroit Lakes, Victoria, Pelican Rapids, Bertha, and Bemidji.  Losses are to Morris, Perham and Moorhead Brewers.  Don't know a ton about this team other than they always are around at season's end.  Tough to play a good schedule that far north but 9 of their 15 games have been against teams that have been to state tournament in past two seasons.  A recent 10-0 loss to Perham puts a little bit of doubt in the back of my mind.

8. Jordan (18-8) - Have dropped games to Metro, Prescott (WI) and Chanhassen since last rankings.  14-2 vs. Class C opposition and 12-0 if you take out the 7-inning tournament contests.  Very balanced pitching staff - despite playing 26 games already no pitcher has thrown 40 innings yet.  Facing top teams in their Coors Light Classic (Blue Earth, Cold Spring, Moorhead Brewers) this weekend will help to bolster a rather average schedule the rest of the way.

9. Plato (13-4) - This team has the resume.  A couple of wins over great teams in Chaska and Waconia, no awful losses (4 losses are Winsted, Brownton, Green Isle and Beaudreau's), and a great roster including a true ace that they picked up in Cody Hallahan.

10. Mora (14-2) - Finally decided to include Mora.  Have the same thing going that Plato has...Only losses are to good teams (Sartell and Maple Lake).  Have a great win recently over Elko behind Asa Patterson.  Side note: Patterson is one of the best pitchers in the state, if you haven't seen him he's worth a watch.  I hope though that the performance I saw in the state tournament last year wasn't who this team really is.

1. Sartell (17-1) – Have won 11 in a row since a May 31 loss to Isanti. In the past six games the Muskies haven’t allowed more than two runs a game, while outscoring their opponents 37-6. Adam Wenker continues to impress on the mound as the team’s ace. Wenker is 9-0 with a 1.52 ERA. The 2013 state champs have five games left in the regular season with Lastrup being the only team to pose a real threat.

2. Maple Lake (21-2) – Recently won the Hinckley Invite after claiming the title at their own Hwy. 55 tourney last month. With 19 wins in a row, the Lakers still have 11 games remaining before region playoffs, which should prepare them for a deep postseason push after a disappointing second round exit at state last year. Pitching is the name of the game come August and with the one-two punch of Schmidt (7-0, 0.51 ERA) and Wurm (4-1, 0.42 ERA), the Lakers have what it takes to be there Labor Day weekend.

3. Nisswa (19-2) – A recent hiccup to the No. 1 Class B team in Cold Spring doesn’t give me any reason to think less of this ball club. The Lightning win games with their bats, averaging more than 12 hits per game and 10 runs per game. Ten of their regular players have an average above .300, including a .480 mark by Jeremiah Piepkorn who also had a team-leading five home runs and 25 RBI in 13 games played. Two regular season games left this weekend and then it’s Victory League playoffs.

4. Sobieski (12-3) – The defending state champs have locked up the Victory League West division with a 10-1 league mark. With 19 teams in the league, the Victory is always first to begin its playoffs so we’ll get a look at the Skis’ title defense as soon as next week. They’ll go as far as their ace will take them – and they’ve got a good one in Jendro.

5. New Ulm (16-4) – After a brief midseason lull, the Brewers are back to their hitting ways, having scored more than 10 runs a game in four of their last six. After a fairly weak schedule to finish the regular season, I don’t see the Brewers having trouble getting through the goofy round robin Tomahawk East playoffs.

6. Green Isle (19-5) – The Irish have gone 6-2 since the last rankings with their two losses against Class B opponents. The wins haven’t been too impressive but I still feel this team will know what to do when playoffs come around – having made four consecutive trips to the state tourney. Not much to gauge the rest of the regular season so we’ll have to wait and see how GI fares when Crow River Valley playoffs begin at month’s end.

7. Mora (14-2) – The Blue Devils have slowly begun to make a case for themselves as a premier Class C team and I’m not sure why it took me this long to put them in my top 10. They are 14-2 with the losses to my Nos. 1 and 2 ranked teams. Not only has the pitching been there, but so have the bats – outscoring their opponents 155-38.

8. Fergus Falls (12-3) – A surprising 10-0 loss at Perham last week is the only concern I have with the ‘Canes so far, but they did claim the title at the Nimrod tourney. Nonetheless, Fergus Falls shouldn’t have a problem getting through Region 16 with Urbank-Parkers Prairie the only team – in my opinion – to give it any trouble.

9. Jordan (18-8) – The Brewers had a poor showing at the Cannon Falls tourney a few weeks back, but have since gone 4-1 with their lone loss in that stretch to Class B Chanhassen. This weekend will be a great test of tough competition at their Coors Light Classic as they face Blue Earth, Moorhead and Cold Spring. After this weekend it should be smooth sailing into region playoffs as Jordan plays six league games in a weakened River Valley League Central.

10. Lastrup (14-3) – The Lakers move into my top 10 after winning eight consecutive. Not a whole lot of games to judge them on, but I consider the Victory League the best in Class C and that competition prepares these teams for wins at state.