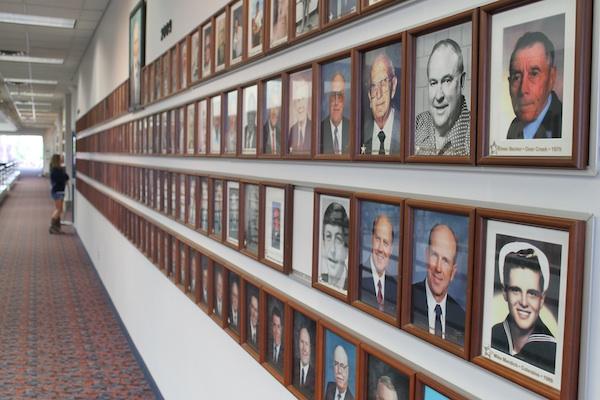 The Minnesota Amateur Baseball Hall of Fame will induct five members into its 2013 class on Saturday, Sept. 14. The banquet and “old timers” reunion will take place at the St. Cloud Civic Center.

The biographies of each inductee is provided by the Hall’s website.

Joe Driscoll grew up in Le Sueur. He played football, basketball and baseball for Le Sueur High School. He continued as a three-sport athlete at Southwest Minnesota State University. By the age of 16, Joe was playing town team ball for the Le Sueur Braves. In his amateur career, Joe played for 35 years during which he played in over 1,200 games. He was on 24 state tournament rosters with eight different teams. Teams he played on won six state championships. Joe was named the MVP playing for the State Champion Arlington A’s in 1979.  Fans came to watch Joe play because he was an exceptional and colorful player, yet he always had time for everyone at the game. Joe continues his commitment to the Le Sueur town ball programs and the Le Sueur Baseball Association.

Joe grew up in Hinckley; he played Pee Wee and Midget baseball. Joe played for Hinckley High School from 1958-1961; the 1961 team won the consolation trophy in the state tournament and Joe was named to the all tournament team. Joe played American Legion baseball from 1959-1961. Joe played amateur baseball with the Hinckley Knights and served as a player/manager in nine state tournaments. He has served as a regional commissioner from 1997-2007 and 2012 to the present. Joe has been a member and past president of the Hinckley Athletic Association since 1965. He served on the Hinckley City Council from 1981-1996. Joe served in the Navy and in his continuing service, he is a volunteer driver taking veterans to doctor appointments and to the VA hospitals for exams and treatments.

Red Jones grew up in Raymond; he played Pee Wee and Midget baseball. Red played for Raymond High School from 1954-1957 during which time he played American Legion baseball. He played amateur baseball for the Raymond Rockets from 1956-1969. When he moved to Litchfield, he managed the Litchfield Blues from 1977-1978. He was a founding board member of the Litchfield Baseball Association; he is the current treasurer. Red coached the Litchfield Babe Ruth team for 10 years; he organized and has directed the Litchfield Cal Ripken youth baseball program for the past 20 years. Red was a key member of the committee in the development of Optimist Baseball Park. The committee assisted in fund raising, design and construction of the park. During the baseball season, Red is on the grounds several days a week performing maintenance.

Gary was born in Comfort, West Virginia. By the time he entered junior high school his family moved to Minnesota. Gary was a catcher at Bloomington High School. He began his college career at Augsburg and then transferred to Mankato State. During this time he began his amateur baseball career with Savage and then the Chaska Cubs. In 1971, Gary moved to Maple Lake as a high school teacher and baseball coach.  During his years at the high school Gary also served as the head basketball and head football coach. Gary brought town ball back to Maple Lake for the first time since 1965. He played and managed Maple Lake for many years with great success. Since 1971, Gary has coached the Maple Lake Lakers, Maple Lake High School Irish, Maple Lake Legion, Babe Ruth, Mickey Mantle and Summer Rec. Pee Wees and Midgets, which add up to over 1,000 coaching wins. Gary still umpires amateur baseball.

John grew up in Granite Falls. He played high school and Legion baseball in Granite Falls and went on to play college baseball at Moorhead and St. Cloud State. John played amateur baseball for the Granite Falls Kilowatts. He also has served as a coach, manager, fundraiser, caretaker, umpire, promoter and leader. John was the co-chair of the 1989 State Amateur tournament held in Granite Falls and Marshall. He also assisted in the 1999 State Amateur tournament as well. John has been on the Minnesota Amateur Baseball Board for the past 20 years and has served as President of the Minnesota Baseball Association for the past six years. In 2007, John received the Mike Downs Award, which is awarded annually for outstanding service to Minnesota Amateur Baseball.